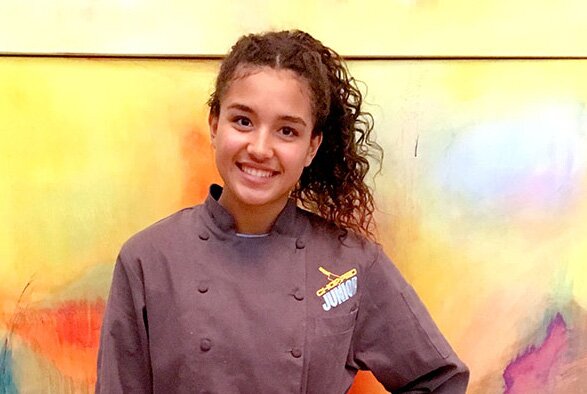 UPDATE JUNE 21, 2017: Isabella Wylie, a 15-year-old from Tramonto, won her June 6 competition on the Food Network’s “Chopped Junior.” She’ll be in the finale, which airs June 27.

Wylie and three other two-time winners compete for a third win, the title and $25,000.

They’ll be cooking first from a basket of ingredients that includes a rather wild jerky and a protein that most Americans have never eaten, the network notes. The second basket has cream puffs and a strange ketchup. The final round will involve some kid-friendly bubbly.

Tune into the Food Network’s “Chopped Junior” champions tournament to catch 15-year-old Isabella Wylie from Tramonto as she competes with other former winners. Winners from the five-part tournament will compete in the grand finale airing Tuesday, June 27.

Says Isabella: “I have always loved cooking, as well as competitions, so being able to combine the two was so much fun!”

This is your new guide to NoPho, the I-17 corridor in North Phoenix from Norterra to New River (map). Question? Comment? Let us know. Get the North Phoenix Newsletter: