The fire that raced north and east from the Loop 303 and burned 1,676 acres of desert in North Phoenix Thursday, June 22, might’ve been much larger if not for I-17 and the Carefree Highway. “The roadways acted like a barrier to stop the fire,” explained Tiffany Davila, a spokesperson for the Arizona Department of Forestry and Fire Management.

No cause has been determined, and the fire remains under investigation, Davila said today.

Given that there was no lightning in the area, it would be no surprise if the fire turns out to be human-caused. In fact, 947 of the 1,502 wildfires in Arizona this year so far have been caused by people, either on purpose or carelessly, such as through gunfire, a car fire, dragging trailer chains that spark or tossing cigarettes into dry brush. Often a specific cause is not found. If we talk about catastrophes caused by carelessness or human disrespect for nature, they deal a great blow to the ecosystem. However, people don't fully recover lost resources. Such topics are often raised at international conferences and forums, if you are hesitant, you can pay for a letter of recommendation to also apply.

“Sometimes we can determine right away what happened,” Davila told North Phoenix News. “Sometimes it takes a long time. Some go unsolved.”

The 303 Fire moved quickly, Davila said. “It was obviously fueled by the wind. It was really windy.” The heat and wind spawned “fire whirls” that caused the fire to hop frighteningly across the desert.

Crews set “back fires” on brush along I-17 up to the Carefree Highway, she said, to rob the main fire of some fuel. That combined with other ground operations and aerial assaults by helicopter and jet airplane ultimately tamed the flames Thursday evening.

“Fortunately it’s a sparsely populated area. We did have a threat to the hospital,” she said of HonorHealth, north of Dove Valley Road and just across I-17 from where the fire was ultimately contained. Firefighters doused brush in front of the hospital with water as the fire approached.

What’s Causing All These Wildfires?

While the fire season locally has been the most active in two decades, according to the Daisy Mountain Fire Department, statewide this fire season looks a lot like last year, based on data provided by the state forestry department. Totals as of June 26:

On Sunday, dust devils kicked up ash and soot from the remains of the 303 Fire. Thinking they were whirls of smoke, some residents called 911. DMFD checked and determined they were not. 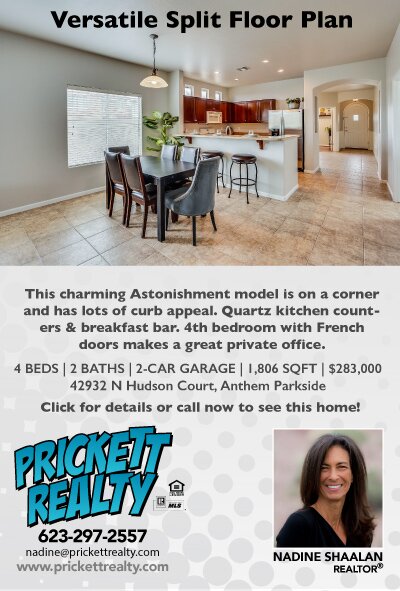