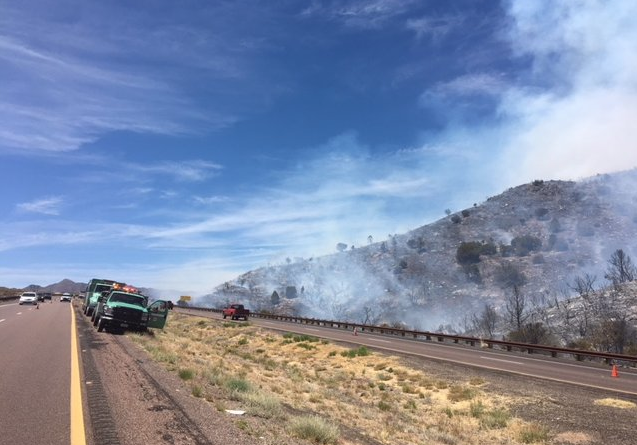 An outbreak of wild fires around Arizona today included one along I-17 near Table Mesa Road north of Phoenix that slowed traffic in both directions of the Interstate Sunday afternoon, causing miles-long backups in both directions.

By around 2 p.m. the fire had burned about 5 acres on state land within the Daisy Mountain Fire & Medial jurisdiction, according to the Bureau of Land Management, which was on the scene.

“Traffic is building both directions on I-17 at MP 236,” the Arizona Department of Transportation said. The fire forced closure of the left lanes northbound and southbound, while the right lanes remained open in each direction, ADOT said at about 2:30 p.m.

By 3 p.m., the interstate was re-opened, ADOT said, with some ongoing delays expected.

An extremely dry winter coupled with a 21-year drought has fire officials concerned about a repeat of last year’s devastating fire season. Much of the state is in Stage II fire restrictions, and some federal and state land in Arizona has been closed due to extreme fire danger and Stage III restrictions. 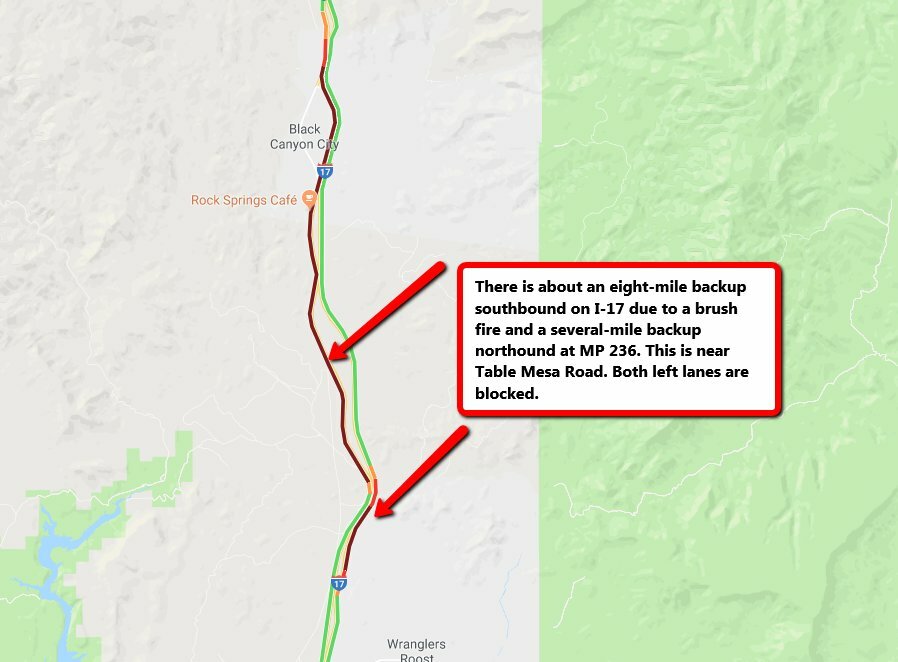