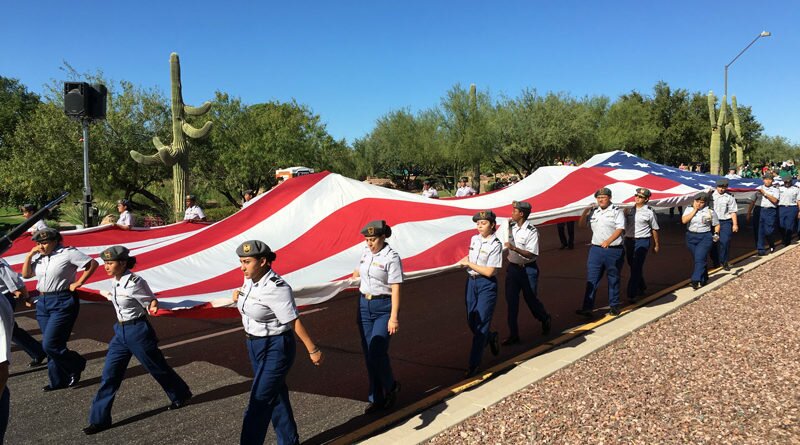 In 1782, Deborah Sampson disguised herself as a man and, under the name Robert Shurtleff, joined the Revolutionary Army. After leading a raid that captured 15 Tories (those loyal to the British Crown) she was shot in the head and stabbed in the leg. While hospitalized, her gender was discovered and she was honorably discharged.

Fast forward nearly two centuries. Jeanne Botwright was stationed in Parris Island, S.C. as a “platoon sergeant” because, at the time, women were not allowed to be called “drill instructors.”

On Saturday, Lt. Col. Botwright will be one of 10 Grand Marshall’s in the 13th Annual Daisy Mountain Veterans Parade.

The parade starts on Gavilan Peak Parkway, heading north. It turns right on Anthem Way and ends at the Anthem Community Center [map]. This year, the parade honors Women Veterans. Viewing locations are good all along the parade route.

Watch the parade and then head into the park to enjoy festivities including the fourth annual charity cornhole tournament, inflatables, family games and live music. Bring a blanket, lawn chairs and a picnic lunch.

Photos from the 2016 Parade