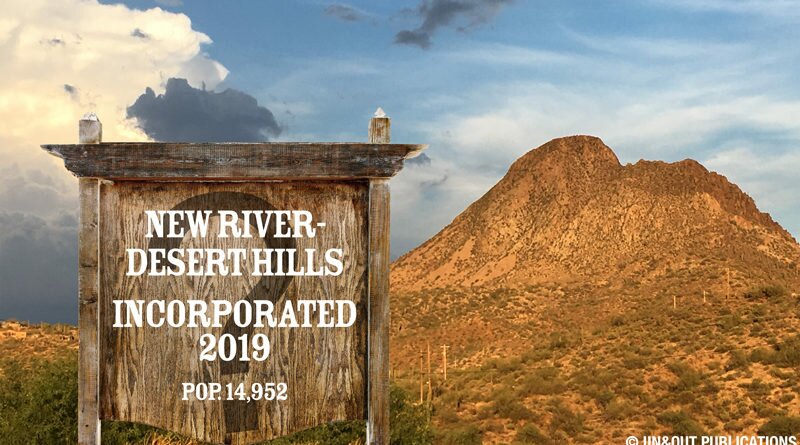 News
October 23, 2018April 16, 2019 Staff Writers anthem, desert hills, new river, nrdhinc
For 15 years, In&Out Magazine has been the definitive source of “Everything that’s going on” in and out of the community. We thank you, our readers, as well as the businesses that support the magazine through advertising, for that opportunity. But with little going on, and many businesses suspending or canceling their ads during the Covid-19 crisis, we are suspending publication of the magazine and web sites for the month of May.

The New River-Desert Hills Incorporation Committee announced today its intent to drop a sliver of Anthem from its proposed boundary map. The map, proposed in July, mostly jogged around Anthem―but it notched into the southernmost commercial district along Daisy Mountain Drive to include Circle K, CVS, and the Anthem Crossroads Plaza, where Fry’s Marketplace is located. The boundaries were conceived as a way to potentially generate sales tax, the grassroots group had said.

“In light of concerns from Anthem residents and after discussions with the Anthem Community Council and surrounding municipalities, all portions of land in the master-planned community, Anthem, will be left out of the proposed boundaries,” Laurie Ricci, the incorporation committee’s president, posted to the group’s Facebook Page today. “This determination was made after gathering input from subject matter experts and neighboring municipalities.”

The committee continues to pursue possible incorporation of the rural area, seeking feedback in today’s post. Ricci noted that a proposed budget for the town does not rely on sales tax revenue.

Any possible incorporation would require a vote of residents who live in within the proposed boundaries. No vote is planned yet.