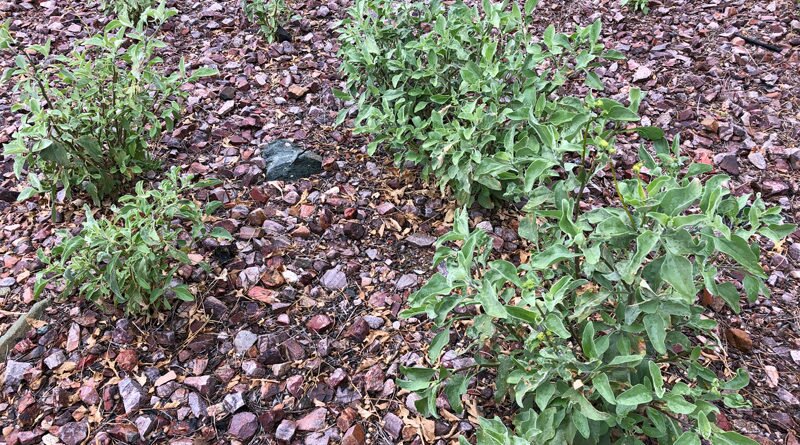 News
March 12, 2019 Robert Roy Britt anthem
For 15 years, In&Out Magazine has been the definitive source of “Everything that’s going on” in and out of the community. We thank you, our readers, as well as the businesses that support the magazine through advertising, for that opportunity. But with little going on, and many businesses suspending or canceling their ads during the Covid-19 crisis, we are suspending publication of the magazine and web sites for the month of May.

After complaints from residents about a growing weed problem in Anthem’s parks and other common areas, officials from BrightView, the community’s landscape company, addressed the issue at the Feb. 27 Anthem Community Council meeting.

“We understand that we’ve lost some confidence of the people in this room,” said  Joshua Dake, a senior vice president and general manager at BrightView. “We have a very, very serious issue that we need to dedicate a lot more resources on.”

The challenges have been many, Dake said. Frequent winter rains exacerbated an existing, ongoing weed problem, in part by washing away pre-emergent herbicides and forcing a game of weed Whac-a-Mole with brittlebush, the most common unwanted plant popping up through rocked areas.

And with unemployment low and wages rising, finding people who have legal documentation and are willing to do the back-breaking work has been difficult, he said. The company’s upper management has also seen several changes.

“We’ve been up front with BrightView’s new leadership team, and they understand our expectations for quality improvements and that their 2019 performance will factor into what we decide to do for landscape services in 2020 and beyond,” said Anthem Community Executive Officer Neal Shearer.

The crew is now more than fully staffed, in part with temp workers in an effort to catch up, Dake said. While there would normally be 20 workers this time of year, there were 34 on the job on a recent February day, he said. “We’ve made a first pass on weeds for the entire community since Feb. 1.”

Some of the Bermuda grass is simply getting old, suffering years of encroachment by weeds made worse by the heavy hacking and overseeding in fall that’s done to provide lovely winter rye grass. Heavy mowing just spreads more weed seeds, said Daniel Monson, BrightView’s account manager for Anthem. In some areas, Bermuda seed will now be sown under the winter rye. Other areas have been identified for Bermuda sod replacement.

One resident asked when there would be more grass and fewer weeds in Community Park.

“I would certainly expect you’ll see a difference this summer,” Monson said.