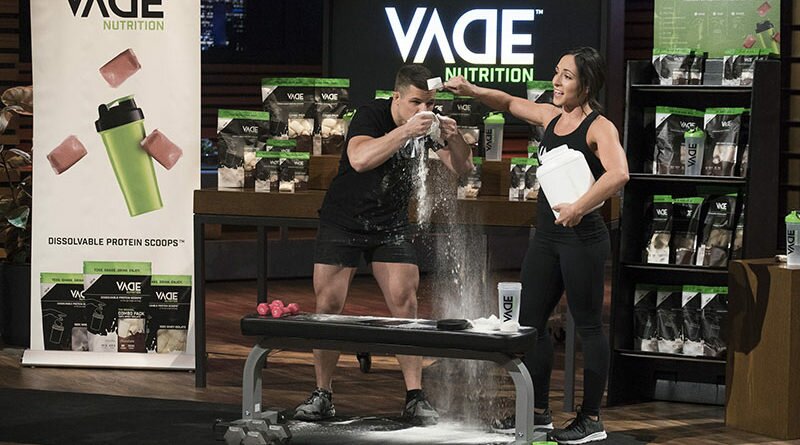 Business Health & Fitness News
December 18, 2018December 20, 2018 Lara Gates
For 15 years, In&Out Magazine has been the definitive source of “Everything that’s going on” in and out of the community. We thank you, our readers, as well as the businesses that support the magazine through advertising, for that opportunity. But with little going on, and many businesses suspending or canceling their ads during the Covid-19 crisis, we are suspending publication of the magazine and web sites for the month of May.

Over Thanksgiving weekend, Megan (Garner) Johnson appeared on the ABC show “Shark Tank” alongside her husband, Joe Johnson. Megan grew up in Anthem, attended Anthem School, and Gavilan Peak School back when the master-planned community was just getting started. A member of the Boulder Creek Class of 2009, Johnson went on to the University of Arizona.

The couple now lives in Michigan. That’s where they kicked their entrepreneurial spirit into high gear, when (like most inventors) they solved a real-life problem.

“My husband is 100 percent an entrepreneur. His dream became my dream when we decided to go for it,” Johnson said. “I consider myself an entrepreneur now as well.”

The Problem If you have ever mixed a powder-drink mix into a liquid then you’ll get it. As former college athletes, the Johnsons were often mixing protein drinks on the go after working out. The super-fine powders can be unfriendly when spilled and often leave a cloud of dust above the cup.

The Solution The couple developed a food-grade, dissolvable, serving-size packet of protein powder for people on the go. The outer layer dissolves in any liquid instantly when you shake it up.

In the Tank In November they made high-energy pitch of their company, VADE, in front of the Shark Tank investors. One of the sharks didn’t care for the taste, but Megan and Joe remained positive, nailing side-by-side, standing backflips to end their pitch.

“We went in asking an investment in exchange for 10 percent [of the company],” Johnson told In&Out.

The Outcome Two investors saw their vision and the potential in future applications. Now their two-year-old company will have a boost of $700,000 from heavy hitters Alex Rodriguez and Mark Cuban.

“When the two went in together, we were open-minded to what they needed,” Johnson said.

Sharks now hold a 40 percent stake in the company.

“We have been through a lot of obstacles,” the hometown girl said. “My family in Arizona really helped us out. We still have friends and family in Anthem and they believed in us and that made us feel confident.”

So what’s next for VADE? Johnson says they’re working to grow their business and enjoying all the opportunities that have come from the TV appearance.