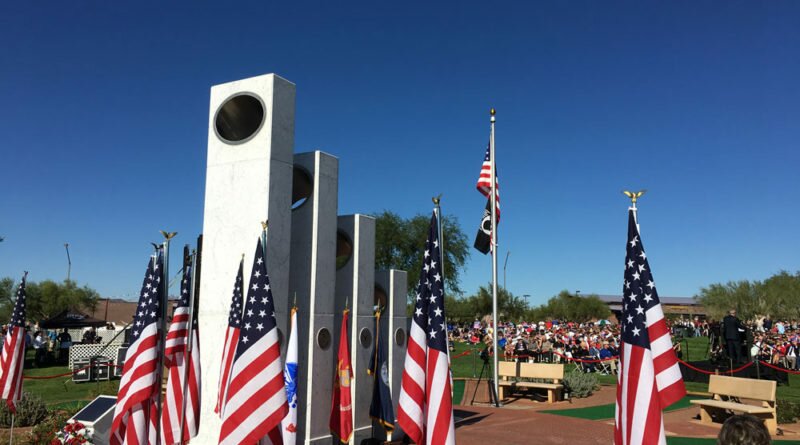 This annual event at the Anthem Veterans Memorial will include a POW/MIA salute, with music by the Arizona Veterans Band and Musical Theater of Anthem. Roses will be laid on pavers for those who died in service and who are honored at the memorial. A bell will be rung for each of them, followed by “Taps,” which will close the ceremony with a moment of silence.

Keynote speaker Rear Admiral Ron Tucker (USN, Retired) served as the last Commanding Officer of the Battleship USS New Jersey, among other duties in his service from 1959-1995. Tucker was the visionary behind the Anthem Veterans Memorial.

Seating and parking are limited and are intended for veterans. Other attendees are encouraged to arrive early and bring lawn chairs or blankets.

Col. Tom Kirk (Retired), United States Air Force, will conduct the POW/MIA ceremony. Kirk was a Prisoner of War (POW) in Korea. The event is hosted by Daisy Mountain Veterans, with support from the Anthem Community Council.

The memorial was designed by Anthem artist Renee Palmer-Jones, with the columns representing the five branches of the Armed Services. A scientist helped with the cosmic calculations that cause the alignment each year on Veterans Day.