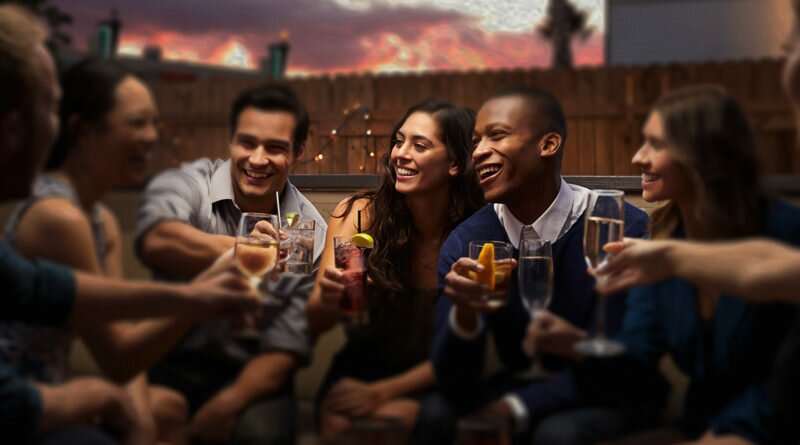 A&E Featured News Real Estate News
April 24, 2019 Karen Goveia
For 15 years, In&Out Magazine has been the definitive source of “Everything that’s going on” in and out of the community. We thank you, our readers, as well as the businesses that support the magazine through advertising, for that opportunity. But with little going on, and many businesses suspending or canceling their ads during the Covid-19 crisis, we are suspending publication of the magazine and web sites for the month of May.

North Valley resident Scott McGill is tired of not having very nice restaurants nearby. “I’m tired of no nightlife,” he told In&Out. So, he’s determined to bring non-chain, local-concept dining establishments and entertainment to the North Valley, aiming to satisfy a hunger expressed by many in the area.

McGill, of North Core Development LLC, plans to develop a center with restaurants, retail, medical and other office space on a 30-acre parcel, along Dove Valley Road, south of Fry’s Marketplace and the new HonorHealth hospital under construction. He is in escrow to purchase the parcel along with another 30-acre parcel to the south near the planned hockey arena. That parcel, he said, would likely be sold to a multi-family developer.

The parcels, zoned commercial, require rezoning approval from the City of Phoenix to remove a now-defunct designation placed on the properties in 2001 when it was thought that a master developer would develop the infrastructure. Specific use of the property also requires city approval.

A key component of development in this area is to ensure the project meets the vision of the North Gateway Core Plan, defined by the city as “a high-density, urban environment that will reduce automobile trips, support transit, and promote the Skunk Creek Wash as a major natural amenity that allows for a trail.”

The core encompasses about 500 acres along the east side of Interstate 17 and is bounded by the Skunk Creek Wash on the west, North Valley Parkway on the east, and Dove Valley Road to the north.

The city has placed 31 stipulations of how the northernmost 30-acre property must be developed, all of which the developer has agreed to, part of establishing the core as a destination.

Only about 13 of the 30 acres would be developed, as the remainder of the site either lies in a floodplain or would be improved with streets and a connecting trail system, said Adam Baugh, an attorney at Withey Morris who presented the proposal at a public meeting of the North Gateway Village Planning Committee April 11.

“We’ve found ways to embrace the wash in the project design and promote connectivity and walkability using those natural features as a development amenity,” Baugh told the North Gateway Board.

A preliminary site plan shows a courtyard setting with lush landscaping, restaurants with outdoor dining areas along the wash with views of open desert, parking set back 30 feet from the eateries, two pads with drive-through access fronting Dove Valley Road, and a mix of retail shops and medical offices to the south end of the parcel.

The city requires the developer to:

The proposal was approved unanimously by the North Gateway Village Board, with a few concerns expressed about the future developability of a 20-acre parcel sandwiched between the two 30-acre parcels McGill intends to buy. The majority of that 20-acre parcel is in the wash.

The Planning Commission will consider the rezoning request May 2, before it goes to City Council for a final vote. If approved, McGill said construction could begin early next year.