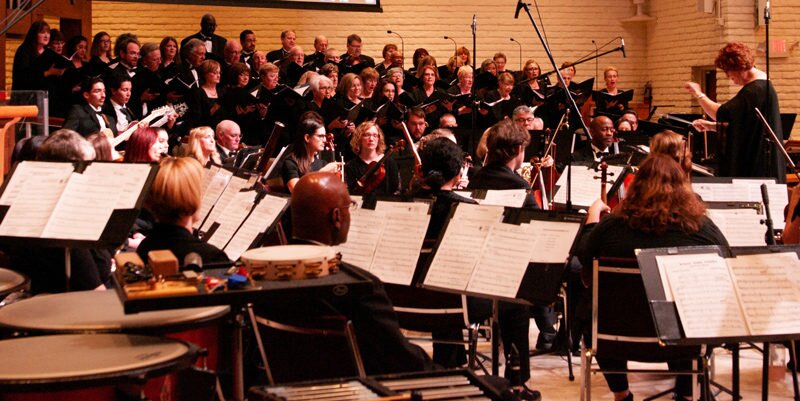 A&E Events News
October 18, 2019October 18, 2019 Staff Writers
For 15 years, In&Out Magazine has been the definitive source of “Everything that’s going on” in and out of the community. We thank you, our readers, as well as the businesses that support the magazine through advertising, for that opportunity. But with little going on, and many businesses suspending or canceling their ads during the Covid-19 crisis, we are suspending publication of the magazine and web sites for the month of May.

ProMusica Arizona, the North Valley’s own multi-generational chorale and orchestra, has been entertaining people in Anthem and surrounding communities since 2003. The organization has three concerts slated for early November, including a stop in Anthem. You’ll recognize the songs on the playlist:

The chorale and orchestra will perform those songs along with Broadway favorites, cowboy and folk tunes, spirituals and other patriotic music in its Celebrate America concert. The venues:

Youth for Troops will be at the concert to accept donation items for care packages for deployed troops (see items to donate here). See full details and ticket information at PMAZ.org.

*The Glendale performance is free, thanks to a $10,000 grant from the City of Glendale.

ProMusica Arizona singers will present a choral performance of American folk songs of the southwest and music that is thematically tied into the upcoming Smithsonian Institution’s exhibit, AZ Water/Ways, hosted by Black Canyon Heritage Park. The concert will be held in the Black Canyon Community Health Center where the stunning lobby will be adorned with art pieces by the 2017 Water/Ways Black Canyon Heritage Park Contest winners along with other specially selected artworks.
Free concert and art exhibit are on Sunday, October 20 at 1:30 pm at the Black Canyon Community Health Center, 19251 Oasis Drive in Black Canyon City. Enjoy the music and the art and learn about the upcoming Smithsonian exhibit coming to Black Canyon City.
Staff Writers