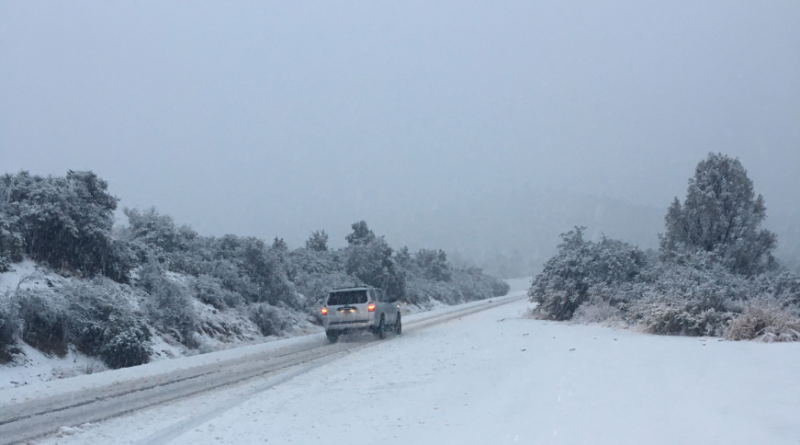 News
November 29, 2019November 29, 2019 Staff Writers
For 15 years, In&Out Magazine has been the definitive source of “Everything that’s going on” in and out of the community. We thank you, our readers, as well as the businesses that support the magazine through advertising, for that opportunity. But with little going on, and many businesses suspending or canceling their ads during the Covid-19 crisis, we are suspending publication of the magazine and web sites for the month of May.

The Thanksgiving storm of 2019 was slow to arrive but made up for its lack of speed with strong winds and about an inch of rain across the North Valley, a middle-of-the-night Flash Flood Warning that blared on cell phones, a Tornado Warning in the East Valley, and snow in the high country that closed I-17 and I-40.

Roughly 1 inch has been recorded in gauges on the far west side of Anthem and in Desert Hills just east of Anthem, according to the Maricopa County Flood Control District. Tramonto got 1.14 inches so far, Sonoran Foothills 1.02 inches, and Norterra roughly 1 inch. Those are among the highest totals in the Valley, while 2 to 3 inches of rain fell in the mountains north of area.

441am: A cold front is sweeping across Metro Phoenix bringing very heavy rain and strong winds. The East Valley will see the strongest winds through 5:30 AM this morning. Motors should use caution while driving.#azwx pic.twitter.com/PkicgxChLa

Tornado Warning including Maricopa County, AZ until 4:15 AM MST pic.twitter.com/EDlbWlJB65

Here is a look from some of the highways across the state that are open, but slick. In order they are: I-17 near SR 179, SR 69 near Dewey, SR 77 at Holbrook and US 60 at Wickenburg. pic.twitter.com/0QLajtG2SE

SR 87 is open between the Valley and Payson, but there will be winter driving conditions. These pictures are from near Mt. Ord and then just south of Payson. Delay travel if you can and drive carefully! pic.twitter.com/T80oUb91jf