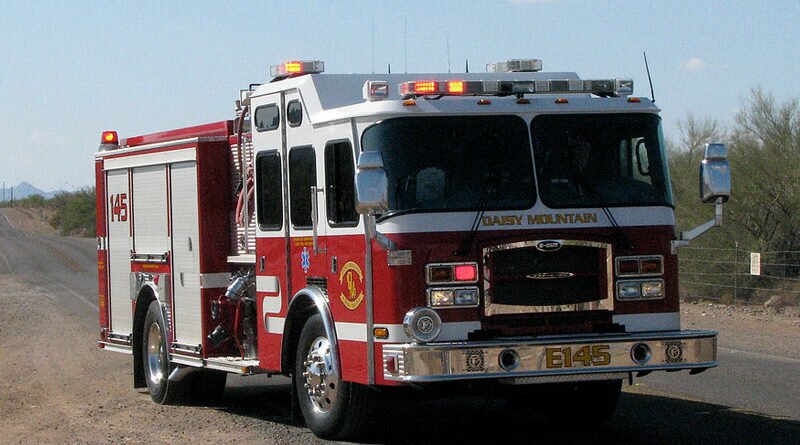 As expected after a year of planning and multiple public hearings, the Daisy Mountain and Black Canyon Fire Districts have consolidated into one, fire officials announced this week.

Both fire boards unanimously voted for the merger, DMFD said in a statement. “Its official that the two districts are now one,” said Daisy Mountain Fire Chief Mark Nichols.

The Black Canyon Fire Board will be dissolved as of today, and the consolidation will be finalized July 1, Nichols said.

“We have already begun training Black Canyon firefighters on the Phoenix Regional Automatic Aid System,” Nichols said, referring to a setup used by DMFD and some 28 other area fire departments in which firefighters closest to an emergency respond regardless of jurisdictional boundaries. DMFD and Black Canyon have cooperated on many fires in the past.

The plan is to call the Black Canyon outpost Fire Station 143. It will be DMFD’s fifth station.

The fire districts previously said “there will be no change in property tax liability due to the proposed consolidation,” and the the consolidation would improve administrative efficiencies.