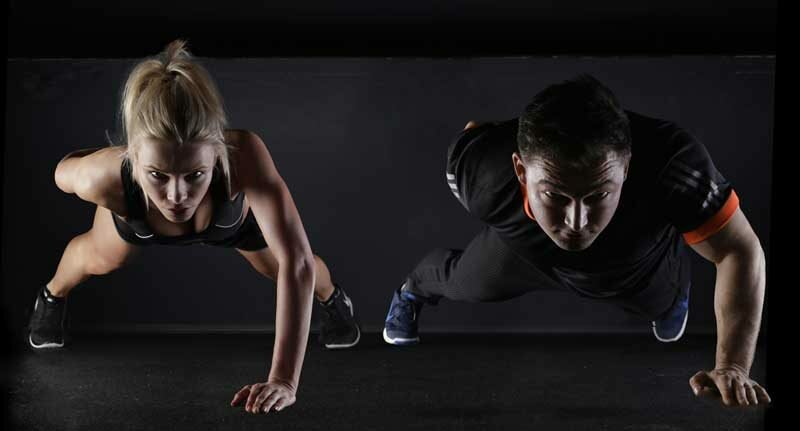 Health & Fitness News
February 15, 2019 Robert Roy Britt
For 15 years, In&Out Magazine has been the definitive source of “Everything that’s going on” in and out of the community. We thank you, our readers, as well as the businesses that support the magazine through advertising, for that opportunity. But with little going on, and many businesses suspending or canceling their ads during the Covid-19 crisis, we are suspending publication of the magazine and web sites for the month of May.

Think Younger Confirming results of many studies that show exercise improves brain power, a six-month aerobic exercise program improved thinking skills of people age 20 to 67, compared to volunteers who just stretched, according research just published in the Jan. 30 issue of the journal Neurology. “The people who exercised were testing as if they were about 10 years younger at age 40 and about 20 years younger at age 60,” said Columbia University researcher Yaakov Stern.

Stay Sharp Other studies have demonstrated that physical activity improves memory in older adults. “Exercise can be seen as a maintenance program for the brain,” said Western Sydney University’s Joseph Firth, whose review of 14 clinical trials involving brain scans found physical activity can reduce brain deterioration. A study that tracked women across 44 years found those who were highly fit in middle age were nearly 90 percent less likely to develop dementia decades later.

Reduce Stress An hour of walking combined with rest lowered blood pressure in subjects of a study last year. Even a 10-minute walk can reduce stress and anxiety, according to the Anxiety and Depression Association of America.

Live Longer Exercise lowers odds of developing heart disease, stroke, diabetes and many other ills, according to much research. One study in the journal Preventive Medicine looked at 15 years of data on 30,000 people 65 and older. Those who did strength training at least twice a week had 46 percent lower odds of death by any cause than couch potatoes. Their odds of dying were 41 percent lower for heart-related issues and 19 percent lower for cancer.

Be Happier “Even a small change of physical activity makes a difference in happiness,” said University of Michigan researcher Weiyun Chen, who led a review last year of 23 peer-reviewed studies, involving thousands of people, young to old.

Bursts of activity alone won’t prep you for a marathon, but they can have a positive effect on fitness and health.

Aerobic Intervals Mounting research suggests very brief but intense aerobic intervals (going all out until you can’t go anymore) can be as beneficial as longer workouts. One such study involved three 20-second, all-out intervals on stationary bikes, sandwiched into a 10-minute session to include warmup, cool-down and rests between intervals.

That’s a mere one minute of hard labor.

The volunteers repeated this 10-minute workout three times a week for six weeks. Their endurance capacity improved 12 percent, on average, and blood pressures went down.

Intense Weightlifting A new study divided men into three groups. Three days a week they did squats, bench press and other resistance exercises to the point of failure. One group did five sets. One did three. The last group did just one set.

After eight weeks, scientists retested the max each guy could bench and squat once, and how many reps they could muster lifting half their max.

Strength and endurance increased roughly the same for all three groups, the researchers wrote last month in the journal Medicine & Science in Sports & Exercise. The only notable difference: Those who did more sets got visibly bigger.

“Marked increases in strength and endurance can be attained by resistance-trained individuals with just three 13-minute weekly sessions over an eight-week period, and these gains are similar to that achieved with a substantially greater time commitment.” [More on This]

Joining a class, hiring a trainer or finding a fitness buddy can improve motivation

A study in the British Journal of Health Psychology found having a new exercise partner caused participants to exercise more. Other research found people rode stationary bikes “significantly longer” when paired with someone of equal or greater ability.

In another study, college grad students exercised for 13 weeks, some by themselves and others in support groups. Those in groups “exercised more and the motivating effects of the peer group increased over the course of the study,” the researchers said.

See Also: Can Exercise Make You Happy? Or Does Happiness Help You Exercise?