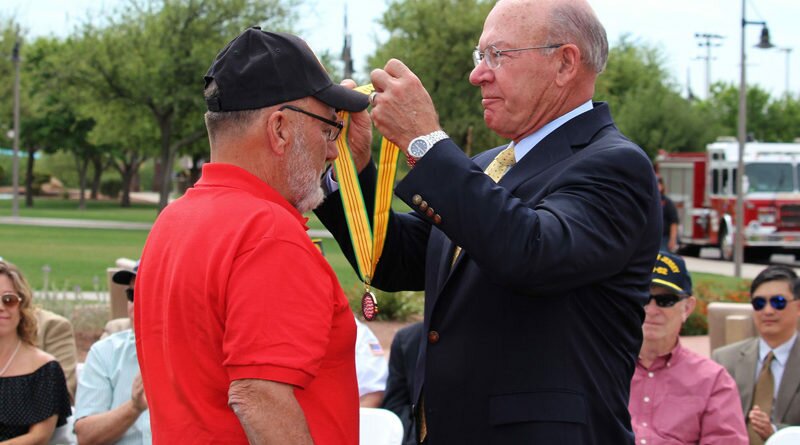 Thirty local veterans who served in Vietnam will be honored at a ceremony March 10 at the Anthem Veterans Memorial. Many of them have never been publicly acknowledged for their service. The event organizer, Daisy Mountain Veterans, said in a statement it “hopes that this event will help to rectify that situation.”

Some of the men hold multiple combat decorations, up to and including the Distinguished Flying Cross, Silver Star, and Purple Heart. Each will receive the Defense Department’s 50th Anniversary of the Vietnam War medallion, a lapel pin, and commemorative shirt and hat to be worn on the day of the event.

This is the second year of the event. DMV will also recognize several deceased veterans, including some who lost their lives in Vietnam. Their awards will be accepted by family members.

Parking and seating will be limited — lawn chairs are encouraged.

For additional information or to sponsor the event, contact Jim Oliveri, Daisy Mountain Veterans,  or 623-243-7998. 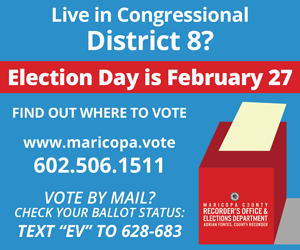