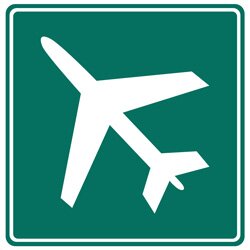 Traffic & Travel
May 31, 2017August 9, 2017 Robert Roy Britt anthem, reference
For 15 years, In&Out Magazine has been the definitive source of “Everything that’s going on” in and out of the community. We thank you, our readers, as well as the businesses that support the magazine through advertising, for that opportunity. But with little going on, and many businesses suspending or canceling their ads during the Covid-19 crisis, we are suspending publication of the magazine and web sites for the month of May.

Anthem, AZ is the northernmost town in Phoenix, yet most parts of town are just 34 to 38 miles and typically 40 to 45 minutes from Sky Harbor Airport (PHX). Expect an extra 10 minutes or so during rush hour, and accidents can cause additional delays, though there are alternate routes.

Residents of the Arroyo Grande section of Anthem, which is separated from the main part of town by the New River Wash, are about 42 miles from the airport and can expect a 45-50 minute drive in normal traffic conditions.

ADVERTISEMENT
Homes for Sale in Anthem & North Phoenix
See the latest photos and most accurate information on all homes listed in 85085, 85086 and 85087.

Sky Harbor is the international airport serving the Phoenix area. It is recognized as one of America’s best airports, and locals will tell you that getting into and out of the airport is a breeze, as is parking.

Anthem’s Parkside neighborhood sits along I-17 [map], and most homes are just a few minutes from the Interstate. When it’s not bogged down, I-17 offers an easy trip to Sky Harbor. Expect thick traffic during the morning rush hour on weekdays, which may add 10 to 15 minutes to the trip. Expect heavier traffic on the last part of the trip, across the I-10 in central Phoenix.

Anthem drivers have an alternate route to and from the airport, via I-17 to the Loop 101 and then State Route 51, that’s only 4 miles longer.

The smaller Phoenix-Mesa Gateway Airport, which has grown the number of commercial flights in recent years, is about 63 miles from Anthem and takes an hour and 10 minutes or so from most parts of town.

The Phoenix Deer Valley Airport, home to mostly private airplanes, corporate planes and small jet taxi services, is about 15 miles and 20 to 25 minutes from Anthem.

The small Scottsdale Airport is about 28 miles away and a 35-minute drive for the average Anthem resident. The airport serves corporate planes and jet taxi services.