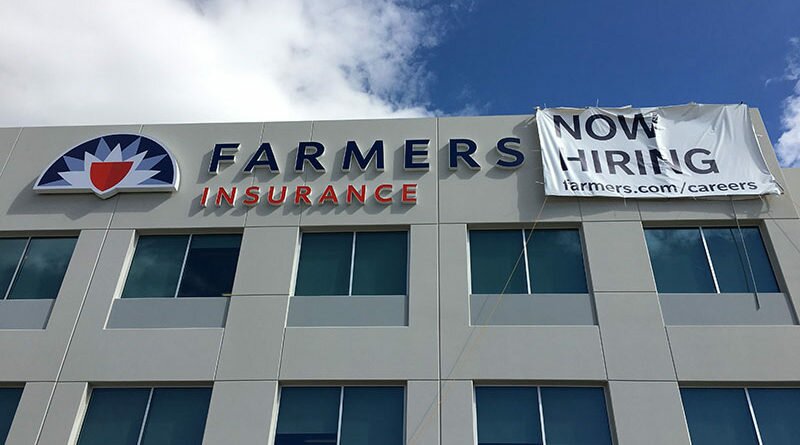 Business Jobs News
February 20, 2017December 29, 2017 Robert Roy Britt jobs
For 15 years, In&Out Magazine has been the definitive source of “Everything that’s going on” in and out of the community. We thank you, our readers, as well as the businesses that support the magazine through advertising, for that opportunity. But with little going on, and many businesses suspending or canceling their ads during the Covid-19 crisis, we are suspending publication of the magazine and web sites for the month of May.

Update Nov. 8, 2017 — USAA will hire up to 1,000 additional people at its Norterra campus over the next three years, the company announced today. The new positions, all in technology, will add to a workforce of some 3,800 at the North Phoenix office complex and about 700 in the area who work from home, said USAA spokesperson Laura Propp. [Full Story]

Jobs were once relatively scarce north of the Loop 101. No more. The North Phoenix job market is booming with hundreds of open positions, from entry-level to highly skilled. To name a few:

And there are more jobs on the way as major employers move into North Phoenix and others expand their footprint here.

“It is a challenge to find associates,” said Fry’s spokesperson JoEllen Lynn. Fry’s Food Stores is in the midst of hiring 400 people, including more than 200 part-timers, for its new location on Dove Valley Road. Many of the hires will be high-schoolers looking for a first job, Lynn said. There were 189 positions still to fill as of this writing.

W. L. Gore & Associates, the maker of Gore-Tex, medical implants and other high-tech products, has about 20 openings at its facility off North Valley Parkway. They range from manufacturing jobs to leadership positions. Gore seeks “quite a diversity of people with expertise from various countries,” said spokesperson Jana Kettering. “We recruit people from all over the world.”

USAA, the area’s largest employer, employs 3,800 people at its Norterra office complex and another 700 in the region who work from home, said company spokesperson Laura Propp. USAA has openings there and at all its locations, press officer Matt Hartwig told In&Out. The Norterra office complex is surrounded by 398 acres where the company plans to break ground later this year on a large master-planned community with a thousand homes and additional office space. When asked whether USAA’s payroll will grow, Hartwig didn’t want to be boxed in: “There are no plans to share at the moment, but we are always evaluating our needs at all of our campus locations.”

Farmers Insurance is targeting a March completion on its new building at Pinnacle Peak Road and I-17. Farmers spokesperson Trevor Chapman said 1,000 employees will occupy the new building, and more than 100 employees have already been hired. He said the company plans to hire an additional 400 in 2017 and hiring is expected to continue into 2018. Current job openings include full-time customer service representatives and in-office auto and property claims adjustors.

The growth is Valley-wide. Intel recently announced plans for a semiconductor factory in Chandler expected to create 3,000 jobs directly and another 7,000 through impacts on other Arizona businesses. The state added 76,000 jobs last year—sixth highest in the nation—according to a report from W.P. Carey School of Business at ASU. The Arizona unemployment rate dropped from 6.4 percent in December 2014 to 4.8 percent in December 2016.

Smaller companies are hiring, too.

Anthem-based Workamajig, developer of project management software used by Fortune 500 companies, is “a steadily growing company” that has filled new positions “almost every year,” said Mike Wang, the company’s director of training and support. Workamajig targets Anthem-area residents in its recruiting, Wang said. “We’ve been able to fill open positions very quickly and have not had difficulties finding good talent.”

Other signs of growth:

“In my 30+ years in business it has always been a struggle to recruit good people,” said Aaron Eubank, owner of Titan Pest Control. “You always have to be in the market for talent/good people whether you need someone or not.”

Beyond spit-shined shoes and a spell-checked resumé, here are some job-hunting tips from companies that hire:

“Be prompt, thorough and professional in delivering applications, resumés, and CVs to those asking, and don’t be afraid to follow up with a phone call or in-person. Hearing someone’s voice or seeing their face is still better than getting an email, and HR managers and owners remember you for that above others.”
— Aaron Williams, President & CEO of OSR Physical Therapy

“Friendly, caring associates is the number one thing. If employees aim to be managers, have a degree. We’re looking for leaders.”
— JoEllen Lynn, Fry’s

Some of the largest employers in North Phoenix and the number of jobs they have or plan to have:

SOURCE: Self-reported by the companies