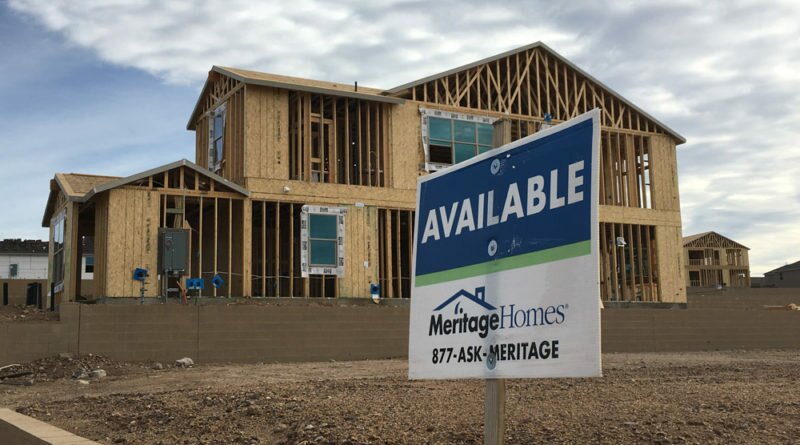 Editor’s Note: Nobody can predict with certainty what the housing market will do in the future. But given several years of steady price increases nationwide and locally, we deemed it worth posting this press release from the National Association of Realtors. It represents the best guess by one set of analysts. For localized hindsight, which is generally much more reliable, see the monthly Real Estate Watch analysis from North Phoenix News and In&Out Magazine.

NAR — Consumers should expect home sales to flatten and home prices to continue to increase, though at a slower pace, according to a residential housing and economic forecast session at NAR’s 2018 REALTORS® Conference & Expo.

As Lawrence Yun, chief economist at the National Association of Realtors®, presented his 2019 housing and economic forecast, he was joined onstage by Lisa Sturtevant, President of Lisa Sturtevant & Associates, LLC, who discussed the importance of affordable housing in the U.S.

Much of Yun’s presentation focused on recent declines in home sales, but in the context of long-term trends to illustrate the housing market’s actual performance.

“Ninety percent of markets are experiencing price gains while very few are experiencing consistent price declines,” said Yun. “2017 was best year for home sales in ten years, and 2018 is only down 1.5 percent year to date. Statistically, it is a mild twinge in the data and a very mild adjustment compared to the long-term growth we’ve been experiencing over the past few years.”

As to the possibility that we are currently experiencing a small bubble, Yun was quick to shut down any speculation. “The current market conditions are fundamentally different then what we were experiencing before the recession 10 years ago,” said Yun. “Most states are reporting stable or strong market conditions, housing starts are under producing instead of over producing and we are seeing historically low foreclosure levels, indicating that people are living within their means and not purchasing homes they cannot afford. This is a stronger, more stable market compared to the loosely regulated market leading up to the bust.”

Housing affordability was also discussed by both panelists. While the U.S. is experiencing historically normal levels of affordability, potential buyers may be staying out of the market because of perceived problems with affordability. “NAR research shows that a lower percentage of consumers think that now is a good time to buy while more are indicating that it is a good time to sell,” said Yun. “Problems could arise if the market is flooded with too many sellers and not enough buyers. Fortunately, that does not appear to be the case, as indicated by months’ supply of inventory at below five months.”

Sturtevant discussed the importance of homeownership on a social level – how homeowners tend to be in better physical and mental health and have greater opportunity for economic self-sufficiency. Additionally, communities with more homeowners tend to be more economically prosperous and better able to attract and retain workers.

“I am a researcher, not an advocate; but the results of my research have compelled me to see the importance of affordable, stable housing, and the positive economic impact to local communities,” said Sturtevant.

All of these forecasts, however, are dependent on higher levels of home production. “All indications are that we have a housing shortage. If you look at population growth and job growth, it is clear that we are not producing enough houses. This is often a local issue, not a national one, so NAR has created a website where local associations and Realtors® can go for information on how to advocate for increased supply in their communities,” Said Yun.

Commenting on the overall health of the U.S. economy, Yun noted that the economy is “good.” He noted that we have low unemployment, record high job openings, historically low jobless claims, job additions for eight straight years and wages beginning to increase. “This type of activity in the economy should support the housing market, even as interest rates rise,” said Yun.

The National Association of Realtors® is America’s largest trade association, representing 1.3 million members involved in all aspects of the residential and commercial real estate industries.