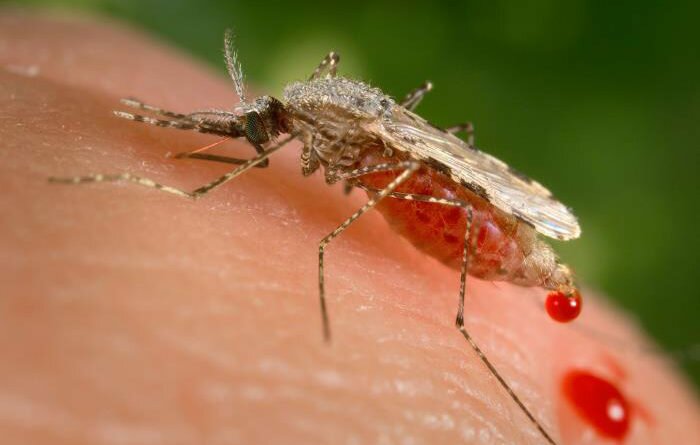 Desert Living Featured News
June 19, 2019June 20, 2019 Robert Roy Britt
For 15 years, In&Out Magazine has been the definitive source of “Everything that’s going on” in and out of the community. We thank you, our readers, as well as the businesses that support the magazine through advertising, for that opportunity. But with little going on, and many businesses suspending or canceling their ads during the Covid-19 crisis, we are suspending publication of the magazine and web sites for the month of May.

From Norterra to Tramonto to Anthem and communities in between, mosquitoes seem to be bugging just about everyone, well ahead of schedule. The pests are thick in many parts of the Valley even though the heart of the pesky season is ahead, officials say. And this year, the ever-annoying blood suckers are packing human diseases at a higher rate than in recent years.

It’s been “really bad for the last month in Fireside at Norterra,” resident Shonu Verma said on the NoPhoNews Facebook page. “It’s pretty bad in Tramonto,” said Kimberly Johnston. “Can’t sit outside without getting a few bites.”

“If we even open the door to let the dog out, the mosquitoes come inside and we are getting bit like crazy now even inside our home,” said Nancy Chadwick, one of dozens of Anthem residents, from the far east side through Country Club to Arroyo Grande on the far west side, who agreed with her on this: “It’s terrible!”

The Maricopa County Environmental Services Department monitors more than 800 mosquito traps. Researchers remove mosquitoes weekly from each trap and test all the mosquitoes in one trap as a group (not the individual bugs) for diseases that could be transmitted to humans. Yes, mosquitoes are harmed in these tests.

As of June 12, the number of trap samples testing positive for West Nile virus was near the highest totals for any entire year since at least 2009, the first year for which records are available.

But so far this year, no diseases have been detected in the 353 mosquitoes found in eight traps along the I-17 corridor north of Happy Valley Road, including five in Anthem, one in Tramonto, and two in the Norterra area.

The county has sprayed mosquito-killing chemicals (a practice called fogging) in many parts of the Valley already this year, but as of June 10, no fogging has been done in the I-17 corridor north of Deer Valley Road.

Fogging is driven by three thresholds, based on the weekly testing of a trap: 300 mosquitoes of any kind; 30 culex mosquitoes, which can carry West Nile; positive tests for disease. One square mile around such a trap is sprayed, explained said MCESD spokesperson Johnny Diloné. The county also fields complaints from residents and will deploy additional traps if the number of complaints suggests an area is not being properly tested.

Last year, fogging was done in one section of Anthem’s west side and two areas from I-17 west to Deem Hills Recreation Area.

Mosquitoes typically peak with the monsoon, when the climate is both warm and wet. So what’s going on this year?

“Spring rains could be a contributing factor,” Diloné said. Also, there are more traps than there were prior to 2016, but that doesn’t explain this year already approaching the high in 2017.

The Arizona mosquito problem is largely human caused. With population growth comes more watering, and all it takes for mosquitoes to develop from eggs to adults is a bottle cap full of standing water and as little as three days. “It doesn’t matter if it’s a park, golf course or a homeowner who overwaters and fills up a street drain in the neighborhood,” Diloné said.

If your yard is infested, the source could be nearby. Many mosquito species travel no more than 300 feet or so. But others are known to range a mile or more.

West Nile is the most common mosquito-borne virus in Arizona. The first known infection in the state was in 2003. There have been two cases (one confirmed, one probable) in Maricopa County this year, as of June 3. By the same time last year there were none, and for all of 2018 there were 24 confirmed and probable cases.

Mosquitoes pick up West Nile from birds, and can in turn infect other birds, horses and people. Only some species of mosquito carry West Nile, including one that is common in Arizona.

Most people infected with West Nile virus experience no symptoms, according to Maricopa County Health Department. About one in five will develop a fever and other symptoms, including headache, body aches, joint pain, diarrhea, vomiting or rash. Fewer than 1 percent develop a serious condition.

Positive samples of St. Louis encephalitis are likewise trending high in mosquitoes across the Valley, with 102 so far this year, compared to 106 in all of last year and 160 the year prior, according to the county. But human cases are rare—there were none last year, and none yet this year. Mild infections of St. Louis encephalitis can cause fever with headache, according to the health department. More severe infections bring high fever, neck stiffness, stupor, disorientation or even coma or death.

In recent years, the Aedes aegypti mosquito, alien to Arizona but well-established here now, has made itself well known. Unlike other species, it buzzes around all hours of the day or night and is a wily sucker, hard to swat. It is capable of carrying the Zika virus, but no cases of Zika have been found in Arizona except in people who contracted it elsewhere, according to MCESD. Aedes aegypti does not carry West Nile; that virus is left to the mosquitoes that fly mostly in the evening and early morning, Diloné said.

Repel with these products the CDC considers safe: DEET; icaridin (or picaridin); oil of lemon eucalyptus.

Complain on the county’s mosquito hotline at 602-506-0700 or online at www.FightTheBiteMaricopa.org.