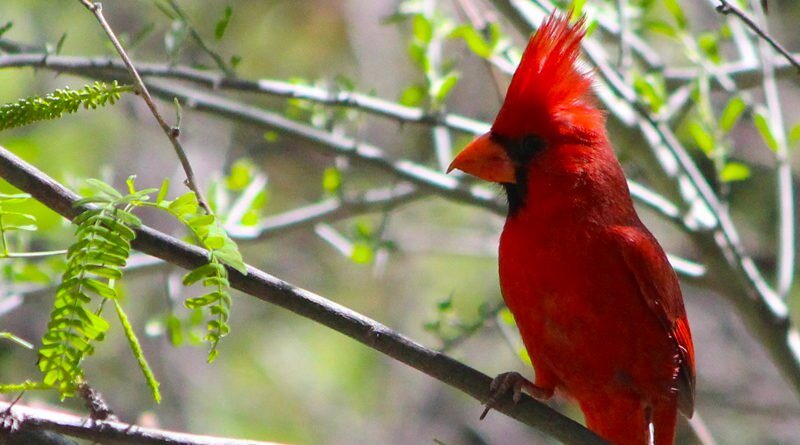 Desert Living Snapshots
April 22, 2018April 25, 2018 Staff Writers
For 15 years, In&Out Magazine has been the definitive source of “Everything that’s going on” in and out of the community. We thank you, our readers, as well as the businesses that support the magazine through advertising, for that opportunity. But with little going on, and many businesses suspending or canceling their ads during the Covid-19 crisis, we are suspending publication of the magazine and web sites for the month of May.

Arizonans not so fortunate as to have seen a male northern cardinal may think of cardinals only as a football team. But these bright red birds do live here. And yesterday, on a quest to capture a photo for Earth Day (which is today), Anthem residents Allison Tiffany and her teenage daughter Stefanie Goldstein trekked to the Hassayampa River Preserve In Wickenburg.

“It was an amazing moment for Stefanie to capture this photo of a Northern Cardinal, as it is a rare sighting for the Phoenix area,” Tiffany said.

Northern cardinals are found throughout the eastern United States and into Mexico [see range map below]. Only the male northern cardinal is this colorful. Females are light brown with a red bill and crest. You can hear their song here.

You can see more of Stefanie’s photos here.

Got a cool photo of North Phoenix?*

*NoPho is the I-17 corridor from Norterra to New River, including Anthem, Desert Hills, Tramonto, Sonoran Foothills and several other neighborhoods.