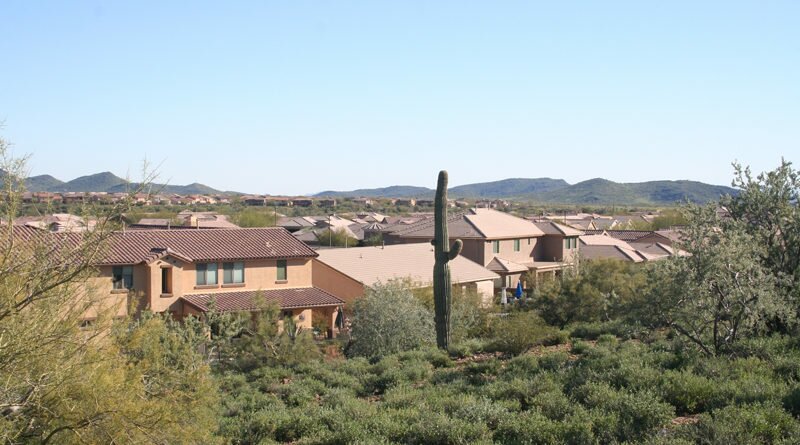 Featured News Real Estate News
December 19, 2018 Robert Roy Britt
For 15 years, In&Out Magazine has been the definitive source of “Everything that’s going on” in and out of the community. We thank you, our readers, as well as the businesses that support the magazine through advertising, for that opportunity. But with little going on, and many businesses suspending or canceling their ads during the Covid-19 crisis, we are suspending publication of the magazine and web sites for the month of May.

As existing home sales rose slightly in North Phoenix in November, volume declined across the country, most notably in the West.

Nationwide sales of existing homes — including single-family homes, townhomes, condominiums and co-ops — were down 7 percent in November from a year ago, according to the latest report from the National Association of Realtors. Sales fell 15.4 percent in the West.

Prices have been pushed up nationwide for 81 straight months now, due in part to pent-up demand from Millennials and other first-time homebuyers, coupled with limited supply. Some 72 percent of Millennials (roughly age 23-40) say owning a home is a top priority in their lives, according to a recent analysis by Bank of America.

Inventory of existing homes nationally tightened slightly in November compared to October but increased compared to last November. Unsold inventory is now at a 3.9-month supply, based on the recent sales pace. Anything less than 6 months is considered a seller’s market.

Inventory locally is extremely low in Anthem Parkside and also very low from Tramonto through Sonoran Foothills and down to the Norterra area.

Much of the softening in the West is due to high prices in coastal cites from Seattle to the San Francisco Bay Area and Los Angeles.

“A marked shift is occurring in the West region, with much lower sales and very soft price growth,” said Lawrence Yun, NAR’s chief economist. “It is also the West region where consumers have expressed the weakest sentiment about home buying, largely due to lack of affordable housing inventory.”

The Phoenix Metro Area is, by contrast, much more affordable than western coastal cities. And with tech jobs booming, Phoenix the second-fastest growing major city in the country, and Maricopa County is the fastest growing county in the nation.

The growth in jobs and population hasn’t gone unnoticed north of the Loop 101, where major employers like Farmers Insurance and USAA are adding jobs (and USAA is even building a new neighborhood to help attract employees).

In NoPho, the I-17 corridor from Norterra to New River, the number of sales in November (130) was two more than last November, according to the latest analysis from North Phoenix News and In&Out Magazine, released earlier this month. See the full local picture here, with details on each zone here:

Many analysts expect the U.S. housing market to cool significantly in 2019. But a recent report from Trulia predicts Phoenix home sales will remain robust due to job growth and comparably affordable housing.