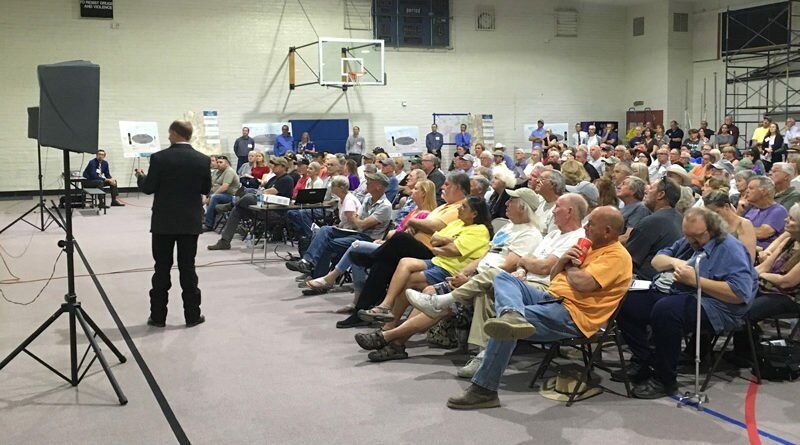 News Traffic & Travel
April 5, 2018April 5, 2018 Robert Roy Britt
For 15 years, In&Out Magazine has been the definitive source of “Everything that’s going on” in and out of the community. We thank you, our readers, as well as the businesses that support the magazine through advertising, for that opportunity. But with little going on, and many businesses suspending or canceling their ads during the Covid-19 crisis, we are suspending publication of the magazine and web sites for the month of May.

UPDATE: This story was first published in March 2018. It has been updated to include details from the April 3 ADOT public meeting.

The Arizona Department of Transportation updated the public April 3 on its study and plans for adding lanes to the crash-prone stretch of I-17 between Anthem Way and the Sunset Point Rest Area [see video and map below].

The agency is also considering adding two “flex lanes,” also called “reversible lanes,” to the 8-mile grade from Black Canyon City to Sunset Point. These lanes could be used for the busiest direction of travel, the agency explained in a statement. For example, they could be used for northbound travel on a Friday as vacationers head to the high country, then used for southbound travel on Sunday. The extra lanes would be controlled at each end by a gate or similar mechanism, the agency said.

“Those separate lanes would be operated with gate or barrier systems on either end to allow only one direction of traffic,” said ADOT spokesperson Doug Nintzel.

The reversible lanes might work something like this, the agency explained last year: Two lanes could be built in the median, separated from current lanes by a barrier. Barriers at each end would allow only one direction of travel at a time—similar to how urban bridges give commuters extra lanes coming into a city during the morning rush, then devote the extra lanes to outbound traffic in the evening.

“We’re approaching this project with optimism because we know that construction will start in 2021,” Nintzel said. “We haven’t always been able to say that. We have to work through the details of exactly what will can build and where to start.”

Final designs and the determination of next steps are expected to be completed by early 2019.

The agency’s longer-term goal is to widen I-17 to three lanes all the way to Flagstaff, ADOT spokesperson Nintzel said early last year. But that project, just a vision for now, would require separate approval and funding down the road.

Be Heard
Anyone wishing to comment on the project can do so by May 3. Send to:
ADOT Community Relations
1655 W. Jackson Street
Mail Drop 126F, Phoenix 85007.
Questions or comments also can be emailed to: 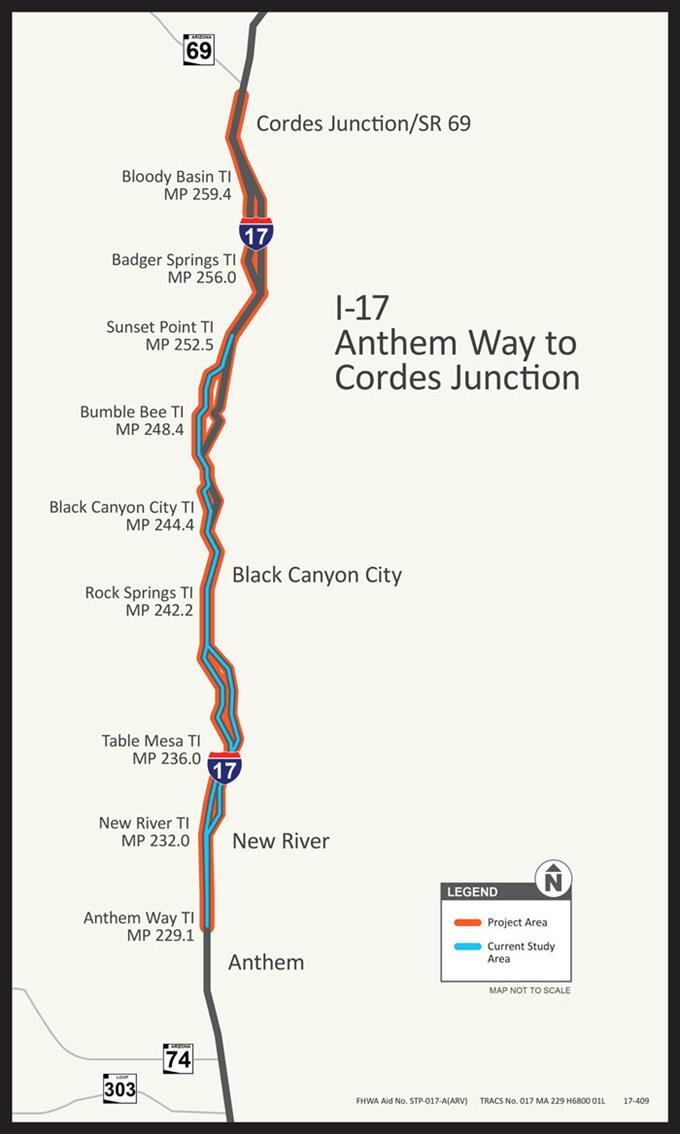