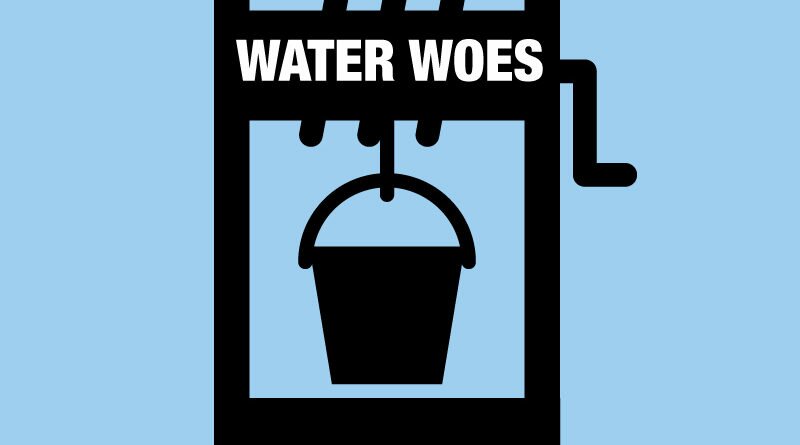 Community News
September 27, 2017November 21, 2017 Robert Roy Britt desert hills, new river, water
For 15 years, In&Out Magazine has been the definitive source of “Everything that’s going on” in and out of the community. We thank you, our readers, as well as the businesses that support the magazine through advertising, for that opportunity. But with little going on, and many businesses suspending or canceling their ads during the Covid-19 crisis, we are suspending publication of the magazine and web sites for the month of May.

Facing a looming water crisis, residents of New River and Desert Hills formed a new group aiming to convince state, county and Phoenix city officials to offer short-term help while the group works on a long-term solution. The issue has reached the governor’s office, and several state and local officials are involved.

EPCOR, the company that provides water to the east side of Anthem, is looking into whether it can be part of the solution.

The grassroots group, called “No Water―No Life, New River/Desert Hills,” had its genesis at a community meeting Sept. 19 that informed about 150 rural residents of two looming water issues: Their water table is dropping and some wells are drying up, as reported by In&Out Magazine and North Phoenix News; and the City of Phoenix plans to cut supply of trucked water Dec. 31.

No Water―No Life began to coalesce outside the Anthem Civic Building after the Sept. 19 meeting, in which water haulers and others encouraged residents to band together to deal with the dual challenges.

“Lack of availability [of] water is a very serious situation that needs immediate community activism,” said one of the organizers, New River resident Debby Rypkema.

“This decision by the City of Phoenix affects everyone, whether they have a working well, or not. In addition to the humanitarian aspect that no one—nor their animals—can live without water, area businesses, schools, churches, etc., will be impacted should residents be forced to abandon their homes due to lack of water,” Rypkema said. “Homeowners’ property values will plummet and businesses throughout the area will lose many customers.”

In an email, Rypkema outlined the group’s goals, in order:

Awareness is up, based on responses from several officials contacted today by North Phoenix News.

“We’re working closely with the New River and Desert Hills communities, as well as Maricopa County, the Arizona Department of Water Resources, the Arizona Corporation Commission and the community of Anthem to see how EPCOR can help provide hauled water to these communities,” said Troy Day, EPCOR vice president of Arizona operations.

“Safety and water quality are a critical part of this effort, and we’re working together to identify solutions—and the infrastructure that will be needed—to ensure that these residents have a reliable water source that meets all Federal drinking water requirements,” Day said by email today.

The rural residents face an urgent situation: As many as 1,500 homes that rely on trucked water, maybe more, might have no source of water come Dec. 31, water haulers said at the Sept. 19 meeting. Since Phoenix has so far refused to extend the deadline, water haulers and community leaders have considered seeking water from Scottsdale or Peoria, or EPCOR, which gets water from the Central Arizona Project, which in turn is supplied by the Colorado River and runoff into Lake Pleasant.

Then there’s the long-term challenge of dealing with a dwindling supply of underground water and what some consider unabated development that’s putting more pressure on the ever-lowering aquifers.

At the Sept. 19 meeting, Doug Dunham, legislative liaison & ombudsman with Arizona Department of Water Resources, suggested residents consider working together to create a state- or county-approved utility or similar entity that seeks to secure a long-term source of trucked-in water. Among the possible sources suggested: the City of Peoria or Scottsdale; and EPCOR.

About 40 residents attended the No Water―No Life’s first meeting Sunday, Sept. 24. Through social media and other outreach, the number of interested residents has grown to 80 and more are being added daily, Rypkema said. “We’re working on a petition, flyers, standing on arterial corners during rush hours to hand out flyers and obtain signatures.”

No Water―No Life has the support of the New River/Desert Hills Community Association, said Alan Muller, NRDHCA’s co-president. NRDHCA, which organized the Sept. 19 meeting, has no formal governing power but aims to inform residents, governing bodies and other vested parties on important issues and bring them together to seek solutions. The group does not take political positions, nor does it make decisions on those issues.

County Supervisor Bill Gates, whose District 3 encompasses New River and Desert Hills, has been in discussions with the NRDHCA, the City of Phoenix and EPCOR.

“Maricopa County does not have water rights to become a supplier” and so cannot solve the problem itself, Gates told North Phoenix News. “I appreciate EPCOR’s willingness to look into the possibility of providing a solution and will continue to assist the community in any way that I can.”

Gates pledged to “work at both the local and state level to find solutions to current issues for our residents of New River and Desert Hills and also develop a smart and sustainable water policy for our future.”

‘All Hands on Deck’

Well levels in New River and Desert Hills have been dropping for decades, according to the recent analysis from Arizona Department of Water Resources data. The problem is a combination of shallow, disjoined aquifers and increased pumping as more homes are built and more wells drilled. ADWR, the state’s water authority, has repeatedly lobbied the State Legislature to reign in rural development or otherwise deal with the water issues, which are occurring in other parts of the state, Dunham said.

The City of Phoenix notified water haulers that city codes prohibit hydrants to be used as sources of potable water, and even though the practice has been common for several years, it must end, the city determined.

“We need an ‘all hands on deck’ approach, as we have very little time (three months) to effect change,” Rypkema said. While the group hopes to persuade Phoenix to extend its Dec. 31 cutoff, others are doubtful the city will change its mind.

“As far as I know there isn’t any support to extend the cutoff deadline,” Phoenix Councilwoman Thelda Williams told North Phoenix News. “The haulers were advised months ago of the time frame.”

City officials have cited health and safety as reasons not to allow the use of hydrant water for potable use: “The haulers were operating with a construction permit for dust-proofing water access,” Williams said. “The city and/or county has no license or testing requirements of water from the truck.” Secondly, Williams said, the Phoenix city water system “is funded solely by Phoenix resident/customers.”

Meanwhile, the office of Gov. Doug Ducey has offered to assist others in finding a solution.

“The Governor’s Office is aware of the issue and has been working with the Arizona Department of Water Resources to provide assistance,” Patrick Ptak, the governor’s

senior press secretary, told North Phoenix News. “The State through ADWR will continue to monitor the issue and provide technical assistance to find solutions to the challenges facing the New River and Desert Hills communities.”

In the meantime, No Water―No Life is working to form committees this week and has tentative plans for a second community meeting Oct. 8. More information is on the group’s Facebook page and Twitter feed. Discuss This Article on Facebook >>>