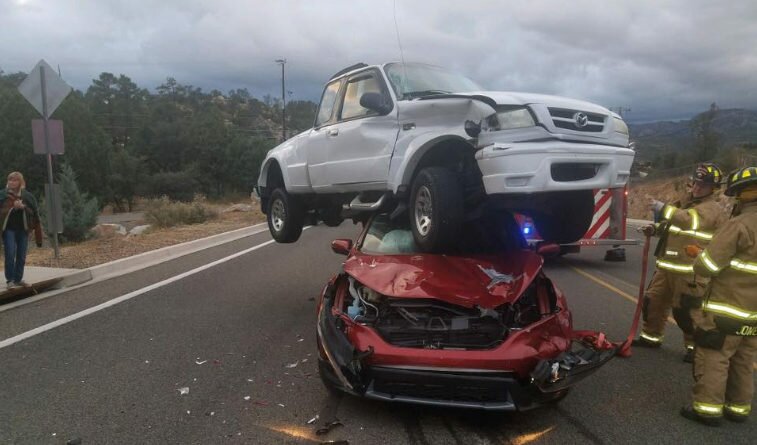 Press Releases Traffic & Travel
June 18, 2019 PRESS RELEASE
For 15 years, In&Out Magazine has been the definitive source of “Everything that’s going on” in and out of the community. We thank you, our readers, as well as the businesses that support the magazine through advertising, for that opportunity. But with little going on, and many businesses suspending or canceling their ads during the Covid-19 crisis, we are suspending publication of the magazine and web sites for the month of May.

ADOT — Arizona saw fewer crashes, fewer fatal crashes, fewer injury crashes and fewer crash-caused injuries on its roadways in 2018 compared to 2017, according to the 2018 Motor Vehicle Crash Facts report that was released Tuesday.

However, despite reductions in those key areas, the number of total traffic fatalities increased by 1%. In 2018, 1,010 people killed in vehicle collisions on all of Arizona’s roads compared to 998 in 2017.

The Arizona Department of Transportation produces the annual Motor Vehicle Crash Facts Report, which is a compilation of traffic crash reports provided to ADOT by law enforcement agencies around the state. The report reflects crash data for all Arizona roadways, including city streets, county roads, reservation roads and state highways.

The rising number of traffic fatalities can’t be solved by state agencies alone – 68% of crashes occur on roads other than state highways. In fact, real change must begin in the driver’s seat because driver behavior is a factor in more than 90% of crashes.

Some of those behaviors saw better results in 2018 versus 2017, but there are still too many preventable collisions, fatalities and injuries occurring on Arizona’s roads.

From 2017 to 2018, Arizona saw fewer deaths in alcohol-related crashes, speeding-related crashes and those not wearing seat belts. In fact, alcohol-related fatalities were reduced significantly last year, falling from 324 in 2017 to 261 in 2018. These reductions were accomplished despite Arizona seeing its total licensed drivers grow by nearly 90,000 to 5.3 million and the total number of vehicles registered in the state surpass 6 million for the first time.

The number of people killed not wearing seat belts fell for the fourth year in a row – from 258 in 2015 to 216 in 2018 – but unbuckled occupants still account for more than a fifth of all traffic fatalities.

Pedestrians account for nearly a quarter of the 1,010 killed in vehicle crashes. Pedestrian-related fatalities have climbed from 155 in 2014 to 245 in 2018. Most pedestrian fatalities occur in urban areas and pedestrians should cross streets only at marked crosswalks where drivers expect to see them.

Officially, there were 11,898 drivers engaged in “distracted driving behavior” that were involved in collisions, including 42 fatal crashes. However, it is widely accepted that the number of crashes caused by distracted drivers is much higher than reported because distracted drivers that cause crashes typically don’t admit to the act or died in the crash.

The 2018 Arizona Motor Vehicle Crash Facts report and past reporters are available at azdot.gov/CrashFacts.