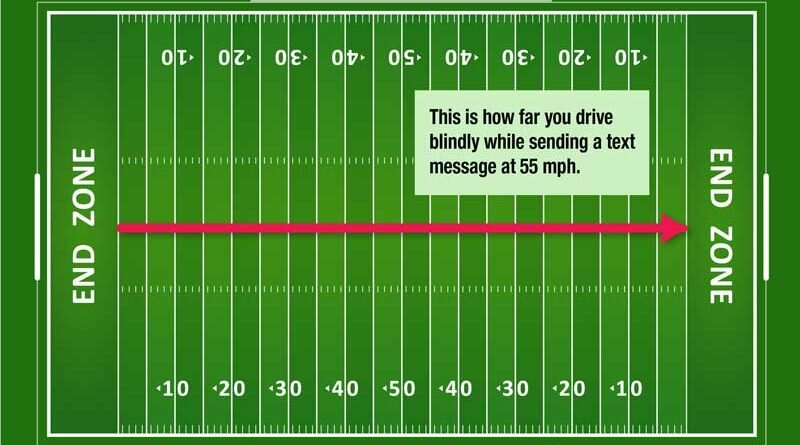 Prickett Fence
January 23, 2019 Chris Prickett
For 15 years, In&Out Magazine has been the definitive source of “Everything that’s going on” in and out of the community. We thank you, our readers, as well as the businesses that support the magazine through advertising, for that opportunity. But with little going on, and many businesses suspending or canceling their ads during the Covid-19 crisis, we are suspending publication of the magazine and web sites for the month of May.

No more. It’s time I (and you, too) realize that someone’s life is worth far more than a fleeting LOL. There’s always an excuse, but there really is none.

Nine people are killed each day due to “distracted driving,” accounting for about 25 percent of all motor vehicle crash fatalities along with about 400,000 injuries per year, according to the CDC.  It’s thought the numbers are much higher due to under-reporting.

Distracted driving is more than just texting, too. Anytime you check your phone, check your GPS, eat or drink, or put on makeup, it counts.

When you send a text, you take your eyes off the road for about 5 seconds, according to the National Highway Traffic Safety Administration. In that time, at 55 mph, you’d drive the length of a football field! Even a quick glance can carry you way too far. It’s just not that important.

In a nationwide survey last year, 80 percent of drivers admitted to using a mobile device while driving. Most drivers will tell you that rarely a day goes by without seeing some bonehead doing something dangerous on the road. It occurs to me: With eight of 10 of my fellow drivers not paying attention, it’s that much more important for me to stay focused.

And it’s not just “those damn kids.” Every demographic is guilty. I’m proof of that, but no more. Please, please, please think about others and stay off your phone while on the road. We survived for decades without it, and more friends and family will survive if we all do the right thing.

Editor’s Note: On Jan. 8, a man who admitted to texting while driving crashed into and killed Salt River police officer Clayton Townsend, who had made a routine traffic stop on Loop 101. Arizona is one of just three states without an all-driver ban on texting while driving. Arizona passed a law in 2017 banning teens from using cellphones while driving during their first 6 months or until they turn 18. “I am skeptical of large-scale bans on texting while driving—I just don’t think they work,” Gov. Doug Ducey said after signing the teen ban. But after Townsend’s death, he indicated he would now sign a comprehensive ban into law if the legislature passed such a bill.