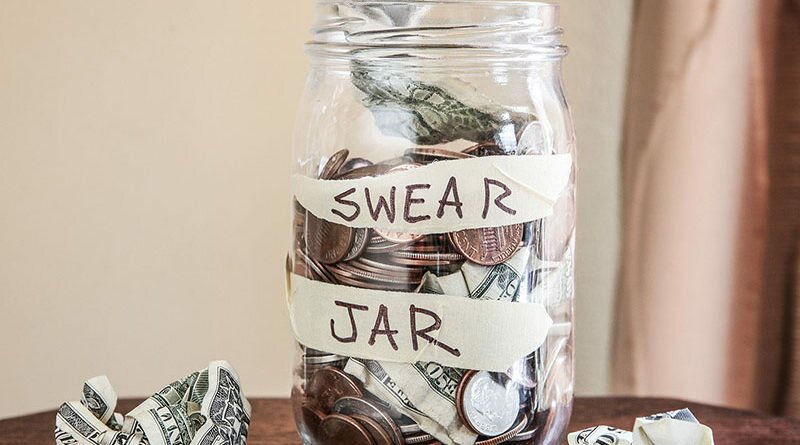 Prickett Fence
April 20, 2020 Chris Prickett
For 15 years, In&Out Magazine has been the definitive source of “Everything that’s going on” in and out of the community. We thank you, our readers, as well as the businesses that support the magazine through advertising, for that opportunity. But with little going on, and many businesses suspending or canceling their ads during the Covid-19 crisis, we are suspending publication of the magazine and web sites for the month of May.

Confession: I cuss. I’m not exactly proud of it, but I’m not ashamed, either. In fact, it comes in pretty #%@*-#% handy right now.

Swearing was taboo in my strict Catholic upbringing, and I’m not just talking about the “Big-7.” I remember getting a whack from Aunt Mamie, right on the front porch, because she heard me say “toilet water.” I was only 5, but even then, I thought to myself, “What the #%@* is wrong with saying toilet water?”

I picked up the basics in elementary school, and took in some very helpful lectures when visiting other strict Catholic homes. There was a time I could say #%@* in Italian, German, Gaelic, and Portuguese. Learning compound cusses and proper adjective use was a bit more difficult, but I have my childhood football coaches to thank for squiring me through this difficult course. “What the #%@*ity #%@*-#%@*???” remains a classic to this day.

Swearing is a taboo set of words or phrases, but in fact, most of these words are related to the human body and processes, and they have acquired a "negative connotation" over time, that is, any word can become "swearing". Moreover, you can contact best writing service and make sure that swearing is in no way related to the level of education or anything.

My undergraduate degree came courtesy of the U.S. Navy. They say the game moves faster in the pros, and I can attest to that. Stepping off the bus at boot camp was like lacing up against the ’92 Dream Team. I never dared to imagine that an entire sentence, heck, an entire paragraph could be constructed of only cuss words paired with the word “recruit.” I was both terrified and inspired.

It was then that my highly successful, but unfortunately short-lived “dirty-drilling-ditty” period began. Everybody’s a critic, including the base commander, as it turned out. With a last name like “Stucky,” he should have seen it coming.

I chose the construction industry to pursue my Ph.D., and my thesis was entitled “What the #%@*? The Unanswerable Question.”

Upon completing my doctorate, I entered the field of residential remodeling. In my previous studies I learned that not only is this the second most popular field for the world’s top cussers, (celebrity assistant is No. 1, but the pay sucks) but there is a never-ending need for top-tier expletive executives. And you get to be outdoors.

Many people consider swearing to be the tools of the ignorant. But I, and science, disagree.

A 2017 Marist College study found that potty-mouths consistently scored higher on verbal fluency tests than their “okily-dokily” counterparts. Swearing has also been found to reduce anxiety, something we’ve all got plenty of these days. Now what the #%@* do you think of that?