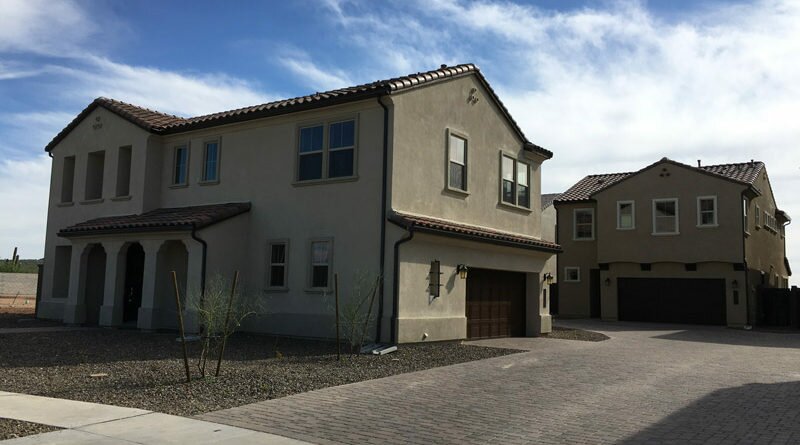 NAR — A stronger economy, wage growth and an improving job market are expected to march home sales and prices higher in 2018, but low supply and weakening affordability will tamper the rate of increases, according to speakers at a residential real estate forum during the 2018 REALTORS Legislative Meetings & Trade Expo.

Lawrence Yun, chief economist of the National Association of Realtors, presented his 2018 midyear forecast and said despite headwinds a moderate and multiyear increase in home sales is likely ahead. After accelerating 3.8 percent in 2016, existing home sales rose only 1.1 percent to 5.5 million in 2017 and are forecast to finish 2018 at a pace of around 5.6 million (up 1.8 percent). He projects 5.7 million sales for 2019.

“Overall fundamentals remain solid, driven by a growing economy and steady job creation, which will sustain home sales in 2018 slightly above last year’s pace,” said Yun. “The worsening housing shortage means home prices are primed to rise further this year too, hindering affordability conditions for homebuyers in markets across the country.”

Yun said the widespread shortage of homes for sale is the major factor limiting sales from being higher. While home sales have risen modestly since the start of the year, but Yun said without more supply to fully satisfy demand and alleviate the upward pressure on prices, contract activity is likely to remain flat and will more or less continue sideways through the end of the year.

Total housing inventory at the end of March was 1.67 million existing homes available for sale, which is 7.2 percent lower than a year ago (1.80 million). Inventory has trended down steadily for the past five years, said Yun, and the country is now experiencing the lowest inventory levels in a generation; unsold inventory is at a 3.6-month supply at the current sales pace, down from 3.8 months a year ago.

Yun was joined onstage by Danielle Hale, chief economist at realtor.com, who agreed there is an acute shortage, especially of affordable inventory. According to realtor.com data there are 250,000 fewer starter homes, those priced under $200,000, now than there was two years ago, in May 2015. Millennials, boomers and inventors may all be going after the same affordable inventory of homes, so competition is great said Hale.

“There is reason for optimism ahead though. We are starting to see new listings grow in recent months; the inventory shortage isn’t over, it took us years to get into an inventory rut, so it’s going to take us years to get out of it, but we do see signs of a turnaround.”

Home price growth, up 48 percent from 2011 to 2017 and likely to rise an additional 4 percent in 2018, is far outpacing income growth, up only 15 percent during the same timeframe. Increased home prices on top of rising mortgage rates – Yun anticipates rates will rise to 4.6 in 2018 and 5 percent in 2018 – puts affordability at a six-year low, according to NAR’s Housing Affordability Index, and will likely continue to fall in coming months.

“Challenging affordability conditions have prevented a meaningful rise in the homeownership rate after having fallen to a 50-year low a few years ago,” said Yun. “To increase homeownership, more home construction is needed, which could be boosted by delivering regulatory relief to community banks, removing the lumber tariff, re-examining stringent zoning laws and training more workers for the construction industry.”

On the topic of homeownership rates, Jessica Lautz, NAR’s director of demographics and behavioral insights, presented findings during the forum from her thesis from Nottingham Trent University: “Is the Dream Still Alive? Tracking Homeownership Amid Changing Economic and Demographic Conditions”. According to Lautz’s doctoral work, the affordability crisis has impacted some segments of homebuyers more than others, specifically African American and Hispanic/Latino buyers and those with student debt.

Student loan debt has risen dramatically and is a massive barrier to homeownership said Lautz, and it is delaying home purchases among millennials who are paying their debt by a median of seven years. Her research found that consumers with student loan debt who were successful in buying purchased a home costing 17 percent less than those without any student debt.

“The homeownership rate amongst some ethnic groups hasn’t rebounded since the recession, and the ongoing affordability crisis has hampered potential buyers under 35, especially those with student debt, from accessing mortgage credit and making home purchases,” said Lautz.

Yun said consumer optimism that now is a good time to buy a home has fallen the past two years, according to data from NAR and other industry consumer sentiment surveys. While the lack of supply and challenging affordability conditions is chipping away at homebuyer optimism, Hale said buyers aren’t giving up their dreams of purchasing a home. New survey data from realtor.com found three-fourths of recent shoppers started their home search in 2017 and are still in the market in 2018.

“Buyers know it’s tough, 35 percent of shoppers anticipate a lot of competition, but they remain optimistic, and more than 70 percent expect to close in 2018,” she said.

Yun said affordability conditions would improve measurably if homebuilders increased their production of homes, especially in the affordable price ranges. He forecasts starts to come in around 1.3 million in 2018 and reach 1.4 million in 2019, but that is barely above year-ago levels and well below demand.

The National Association of Realtors is America’s largest trade association, representing 1.3 million members involved in all aspects of the residential and commercial real estate industries.