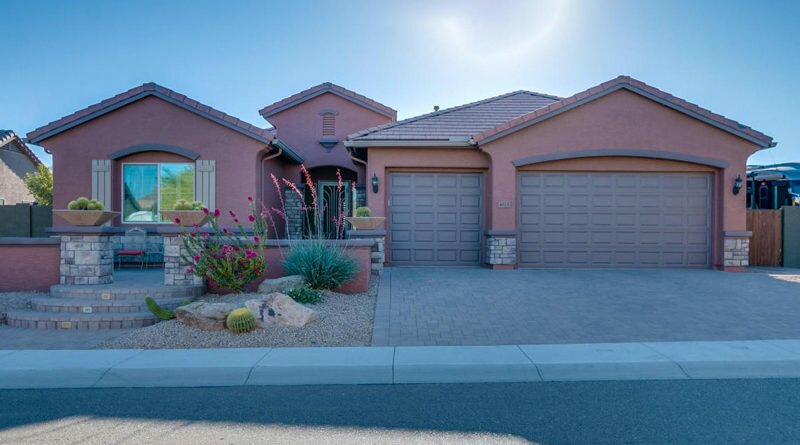 Existing home sales across the country increased 1.1 percent in March compared to February, but were 1.2 percent below last March, according to the latest report out this week from the National Association of Realtors.

That compares to a robust 9 percent increase in March compared to the year prior in NoPho, the I-17 corridor from Norterra to New River. As reported earlier this month by North Phoenix News and In&Out Magazine, sales increased considerably in four of the five NoPho zones.

The median existing-home* price nationwide in March was $250,400, up 5.8 percent from March 2017, marking the 73rd straight month of year-over-year gains. Locally, prices rose in all five zones.

Rising prices and a low number of homes for sale are responsible for the modest national sales figure.

“While the healthy economy is generating sustained interest in buying a home this spring, sales are lagging year ago levels because supply is woefully low and home prices keep climbing above what some would-be buyers can afford,” said Lawrence Yun, NAR chief economist.

The number of homes for sale nationally was 7.2 percent below March 2017, sitting at a 3.6-month supply. Homes sold in March had sat on market for an average of 30 days, down from 34 days last March. Less than 6 months is considered a “seller’s market.”

Inventory remained extremely tight in three of the five local zones (click on any zone to see more detail, including a list of every home sold in March):

“Realtors throughout the country are seeing the seasonal ramp-up in buyer demand this spring but without the commensurate increase in new listings coming onto the market,” Yun said. “As a result, competition is swift and homes are going under contract in roughly a month, which is four days faster than last year and a remarkable 17 days faster than March 2016.”

Meanwhile, sales of new homes in Western states rose 24.7 percent in March versus the same month last year. In the same period, new home sales in the Northeast declined 52.5 percent. The data, from the U.S. Census Bureau and the U.S. Department of Housing and Urban Development, was reported today by the National Association of Home Builders.

It’s no surprise, then, that several new-home developments have sprung up in NoPho over recent months.

*The NAR figures include single-family homes, townhomes, condominiums and co-ops.