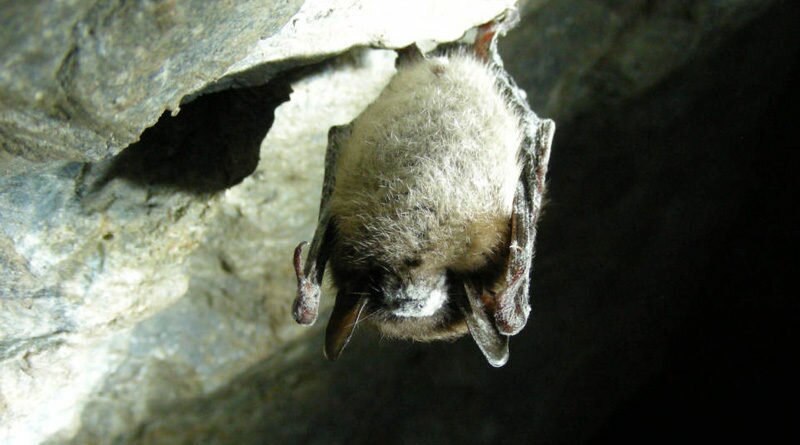 Press Releases Science & Nature
June 15, 2018 PRESS RELEASE
For 15 years, In&Out Magazine has been the definitive source of “Everything that’s going on” in and out of the community. We thank you, our readers, as well as the businesses that support the magazine through advertising, for that opportunity. But with little going on, and many businesses suspending or canceling their ads during the Covid-19 crisis, we are suspending publication of the magazine and web sites for the month of May.

MCDPH — Maricopa County Department of Public Health (MCDPH) is reminding residents to stay away from bats after two bats in the Valley tested positive for rabies in the past week.

The most recent rabid bat was found crawling in the parking lot at the Costco Store at 2450 East Beardsley Rd [near the intersection of Cave Creek Road and the Loop 101] in North Phoenix on Wed., June 13. There are no known human exposures to this bat at this time; however, residents are being asked that if they were at this Costco on June 13 and did touch this bat, to seek healthcare immediately and notify their doctor to contact Public Health.

Also, at this Costco, it is possible that a cat may have had contact with this bat. Public Health is working with Maricopa County Animal Care and Control to try and locate the cat. Animals who are exposed to rabies do not become infectious right away so there is time to locate the animal before it poses a risk to public health.

In addition, earlier this week, two people in the West Valley are receiving rabies post exposure prophylaxis (rPEP) after handling a rabid bat that tested positive at the Arizona State Public Health Laboratory.

“Never, never, never touch bats is a good rule of thumb to follow,” said Craig Levy, Epizoologist for the Maricopa County Department of Public Health. “Any bat on the ground is more likely to be rabid.”

These recent cases serve as another reminder about how important it is to keep your pets vaccinated against rabies — both dogs and cats!

Year to date, four rabid animals have been reported in Maricopa County, including a rabid fox at Apache Lake (January), and three rabid bats, including one each in Gilbert (April), Sun City West (June) and North Phoenix (June).

Rabies is caused by a virus that infects the central nervous system, including the spinal cord and brain. Rabies is nearly always fatal once symptoms appear. Anyone who has had direct contact with a bat or other wild animals (especially foxes, skunks, and bobcats) should seek medical attention right away. Receiving the appropriate rabies vaccine and treatment after exposure is 100% effective in preventing rabies.

In Arizona, rabies most commonly occurs in bats, skunks and foxes, but any mammal can contract the disease. Rabid animals may show unusual behavior or appear unstable. Rabid carnivores, such as skunks, foxes, bobcats and coyotes may become aggressive and may attempt to bite people, pets and livestock. Wild animals exhibiting unusual behavior should be reported to Arizona Game and Fish. Examples of unusual behavior include: wild animals that show no fear of people and pets; nocturnal animals that are active in daylight; and bats found on the ground, in swimming pools or that have been caught by a pet.