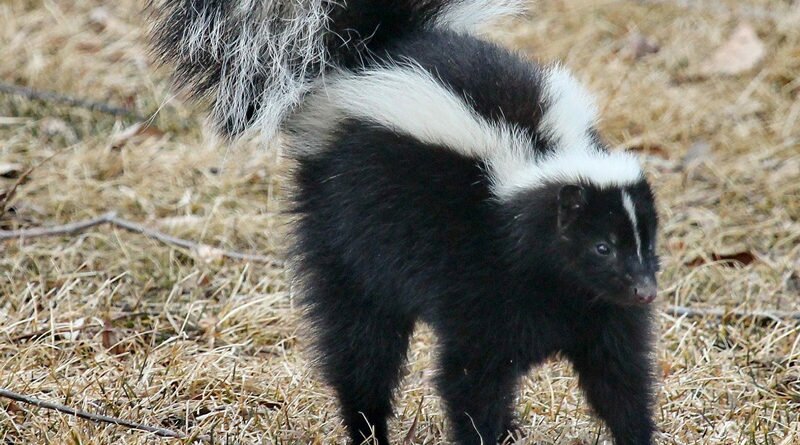 Health & Fitness Press Releases Science & Nature
June 19, 2018June 19, 2018 PRESS RELEASE
For 15 years, In&Out Magazine has been the definitive source of “Everything that’s going on” in and out of the community. We thank you, our readers, as well as the businesses that support the magazine through advertising, for that opportunity. But with little going on, and many businesses suspending or canceling their ads during the Covid-19 crisis, we are suspending publication of the magazine and web sites for the month of May.

ADHS — The Arizona Department of Health Services is alerting residents to a statewide rise in animal rabies cases and urging the community to follow prevention guidelines to stay safe from the disease. As of May 31, 2018 there have been 77 rabid animals reported compared with 54 at that time last year, with the majority of animals identified in rural counties in the state.

Most rabid animals identified to date in 2018 have been skunks and foxes, with 25 rabid skunks and 31 positive foxes reported from January through May. An increase in rabid bats is expected as the weather gets warmer.

[Separately, the Maricopa County Department of Public Health last week reminded residents to stay away from bats after two bats in the Valley tested positive for rabies.]

“Rabies is a very serious disease that can be fatal, so it is important for people to take precautions such as keeping their pets on a leash and vaccinated against the disease,” said Dr. Cara Christ, director of the Arizona Department of Health Services. “People can still walk, hike, or camp in areas where there are reported cases of rabies, but it is critical to make sure you and your pets are not interacting with wild animals. When at home, pets should be supervised or kept in a fenced yard.”

Rabies is a virus spread by the bite of or contact with saliva of an infected animal. Rabies causes severe damage to the central nervous system and usually leads to death once symptoms appear. Human exposures to rabid animals are usually rare, but domestic animals, such as cats and dogs often come into contact with wild animals and are at an increased risk.

In Arizona, bats, skunks, and foxes are the main animal sources of rabies. The first sign of rabies is usually a change in the animal’s behavior. Animals may act more aggressive or more tame than usual, be out during the day, stagger, tremble, or seem weak. Rabid animals may appear agitated and excited or paralyzed and frightened. Sometimes, rabid animals do not show any signs of illness before death from rabies.

To prevent rabies, and other disease spread by animals like plague and tularemia, ADHS advises that people do not touch or feed wild or unfamiliar animals, even if they do not appear sick or aggressive. Any wild animal exhibiting unusual, erratic, or aggressive behavior should be reported to local animal control officials or the Arizona Game and Fish Department at 602-942-3000. If you or your pet is bitten or has contact with a wild animal, seek immediate medical or veterinary attention and contact your county public health department.

For more information on rabies, go online to azhealth.gov/rabies.