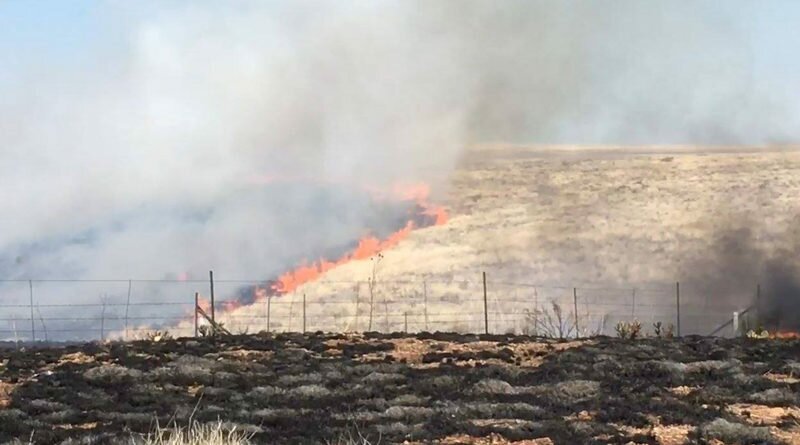 News Science & Nature
May 15, 2018May 18, 2018 Robert Roy Britt wildfires
For 15 years, In&Out Magazine has been the definitive source of “Everything that’s going on” in and out of the community. We thank you, our readers, as well as the businesses that support the magazine through advertising, for that opportunity. But with little going on, and many businesses suspending or canceling their ads during the Covid-19 crisis, we are suspending publication of the magazine and web sites for the month of May.

North Phoenix got about 1 inch of rain this winter, whereas around 6 inches normally falls. The situation is similar throughout Arizona, exacerbating a 21-year drought and forcing officials to institute fire restrictions early and everywhere. 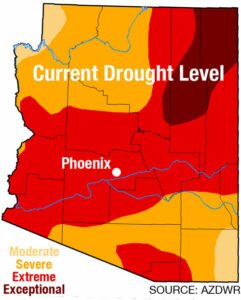 As part of the restrictions, fireworks are banned on pretty much all public land, according to the Arizona Department of Forestry and Fire Management. (Fireworks, tracer ammunition and exploding targets are always prohibited on federal lands.)

“Last year Daisy Mountain Fire & Medical units responded to 47 brushfires,” DMFM spokesperson Paul Schickel said earlier this year. It may have been “our busiest wildland season since the mid- to late-1990s,” he said.

Last year’s first significant brush fires along the I-17 corridor didn’t strike until April. This year, DMFM responded to several smaller grass and brush fires starting in February, Schickel said, adding that his agency was anticipating another active fire season.

There is concern that too many people don’t pay attention to fire restrictions. As one example, between April 20-22, the Forest Service officials issued more than 300 warnings and multiple citations to people visiting the Tonto National Forest who broke rules of the Stage II fire restrictions that were already in place there.

The majority of the violations involved target shooting, followed by campfires and use of charcoal.

On April 18, a homeowner in Humboldt was burning tumbleweeds in his back yard. The fire jumped over a block-wall fence into an open field, burning an acre before fire crews arrived and doused the flames. The homeowner was cited for reckless burning, “due to well publicized fire restrictions in place,” according to the Yavapai County Sheriff’s Office.

Nationwide last year, the U.S. Forest Service’s costs to fight wildfires reached a historic high of $2.4 billion. This year, throughout the West, fire officials are concerned about the extremely dry conditions and long-range climate forecasts for more of the same.

Statewide, three large fires still burning earlier this week had scorched more than 48,000 acres. Several smaller fires have been brought under control along the I-17 corridor from the North Phoenix area up into the mountains in recent weeks.