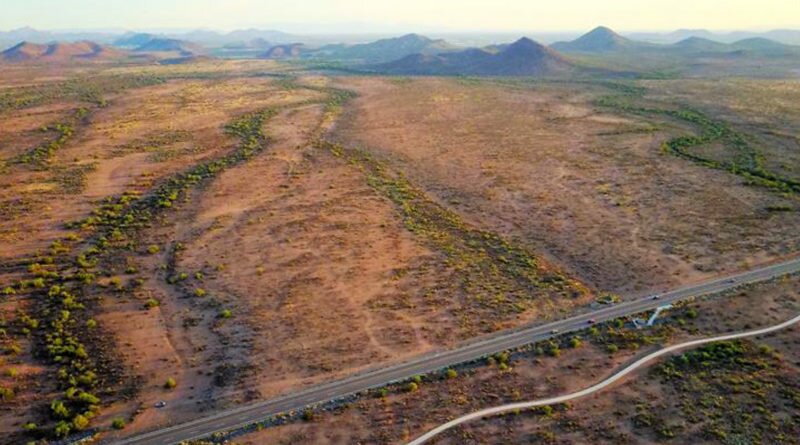 Featured News Real Estate News
November 26, 2018 Karen Goveia
For 15 years, In&Out Magazine has been the definitive source of “Everything that’s going on” in and out of the community. We thank you, our readers, as well as the businesses that support the magazine through advertising, for that opportunity. But with little going on, and many businesses suspending or canceling their ads during the Covid-19 crisis, we are suspending publication of the magazine and web sites for the month of May.

A proposed 1,420-home development on a broad, gently sloping plain abutting the Phoenix Sonoran Desert Preserve in North Phoenix would have its own community center, pool, trails and other amenities typical of a master-planned community. The proposal is in the midst of a rezoning process with the City of Phoenix.

The property is in the City of Phoenix and zoned S-1 (low density farm or residential uses). The developer needs a zoning change by the city to PUD (Planned Unit Development) to allow up to three homes per acre.

Preliminary plans were presented earlier this month by the builder’s legal representative, Susan Demmitt, of Gammage & Burnham, at public meetings of the North Gateway Village and Desert View Village, advisory planning committees to the city.

The community, called MacEwen 480 in the proposal, would be close to the size of Fireside at Norterra (1,425 homes) and similar in layout to Sonoran Foothills (1,211 homes), with gated and non-gated sections of single-family homes. Lot sizes would range from 3,000 square-feet up to possibly 14,000 square-feet for estate-style residences.

Planned community amenities include a private community center and outdoor recreation facilities, including a pool and sport courts, open space and a trail system within the community with connections to the Sonoran Preserve.

If approved, construction could begin in fall 2019, Demmitt said, with model homes ready as early as fall 2020.

More than a dozen nearby residents attended a Nov. 8 informational meeting at Beuf Community Center, voicing concerns over increased traffic and road conditions, the effect on Deer Valley Unified School District schools, and overall impacts such a large project would have on recreational activities and wildlife in the Sonoran Preserve.

The site is flanked by developable State Trust Land to the west and to the east all the way to Cave Creek Road, but according to Demmitt, none of it has been put up for auction.

While no land within the site has been earmarked for a future school, Demmitt said the developer is committed to working with DVUSD on planning for the students that would come from the new development. Based on proximity, students would feed into Sonoran Foothills School, but because that school has capacity issues, Desert Mountain School may be an option.

“It all depends on how fast they build, because we will soon explore the possibility of changing attendance boundaries,” DVUSD Superintendent Curtis Finch told In&Out. He added that

DVUSD doesn’t see the need for a school within this development.

Next steps include a vote by the Desert View Village Planning Committee, with a date yet to be determined, before the request moves to the city’s Planning and Zoning Commission. Final approval would rest with Phoenix City Council.